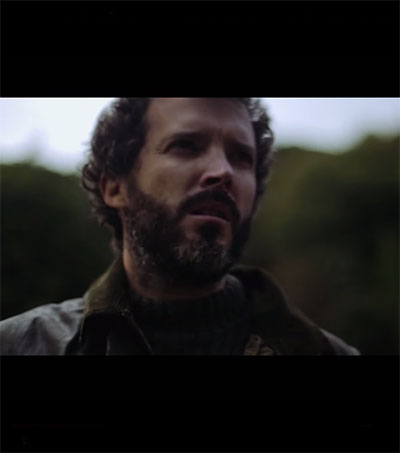 Bret McKenzie Digs Himself Into a Big Hole

Starring Bret McKenzie from Flight of the Conchords digging himself a massive, literal hole in the ground, the latest single by the New Zealand powerpop group Phoenix Foundation features on the Guardian’s music site.

“If you feel like all hope is lost, if your ambitions are destroyed, if you’re on the verge of relinquishing your dreams and succumbing to the humdrum slog of a unfulfilling 9-5, then the latest single from New Zealand psyche-powerpop band the Phoenix Foundation should gently push you towards all of your greatest fears,” the publication writes.

“The title track from Give Up Your Dreams, a song built around a rapturous melody at odds with its defeated lyrics (“I’m a loser and I’m losing my belief”), now comes backed by a video, which stars fellow New Zealander McKenzie of Flight of the Conchords. The video – a homage to the work of Soviet film-maker Andrei Tarkovsky – shows the actor digging himself a deep hole, jumping into said hole and awaking in a different state, as if liberated by the freedom of coming to terms with the loss of his creative drive.”

“‘At the point of utter fatigue and despair he cracks open and falls into the infinite/space/void/a portal to another realm – and wakes reborn where he started, but with a new perspective. It’s a long song, and it felt like it needed an action that slowly evolved over the minutes, and digging has a lovely percussive rhythm to cut with – or against,” the video’s director Loren Taylor says.

The Phoenix Foundation play Auckland’s Powerstation on 2 October before dates in the UK and Europe.

Give Up Your Dreams is out now.

Tags: Bret McKenzie  Give Up Your Dreams  Guardian (The)  Loren Taylor  The Phoenix Foundation