NZEDGE  >  News  >  Arts  >  Braindead as Outrageous as it is Brilliant 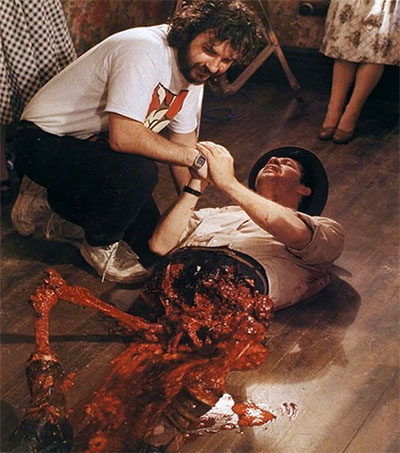 Braindead as Outrageous as it is Brilliant

Peter Jackson’s 1992 “gore-fest” Braindead has been named one of the 30 most violent films ever made by entertainment website GamesRadar+.

Alex Avard writes for the site: “You don’t get a reputation as one of the goriest films ever made for no reason. Squelchier than a baby’s nappy and redder than the Chinese flag, Braindead is packed full of deliriously OTT violence. Fancy seeing a baby wielding a lawnmower to deadly ends? You got it. How about zombies that just refuse to stay dead, whatever punishment they take?

“The United States took the most offence to Jackson’s early, punishingly gory caper, reducing the original running time of 104 minutes to a paltry 85, removing almost all of the messiest scenes in the process. Then there was the weird case of the lawsuit filed by one Mr Bradley, who was unhappy that Jackson filmed his family crypt for the movie. Twenty years later however, all of that is forgotten, and Braindead is celebrated for what it is – a giddy and hilarious splatter comedy that’s as outrageous as it is brilliant.”