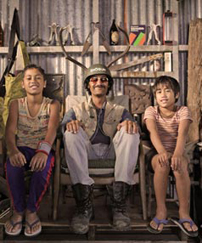 Boy to Play US Cinemas

The American distribution rights to Taika Waititi’s Boy, which had its world premiere at the 21 Sundance Film Festival, have been acquired by indie outfit Paladin. Since playing at the Sundance, Berlin and American Film Institute festivals, the film has won several awards and become New Zealand’s biggest box office success. “The film is a perfect blend of the exotic and the universal, the timeless and the new, and there is no question that critics and audiences alike will recognize Taika as an exciting new voice in international cinema,” Mark Urman of Paladin said.