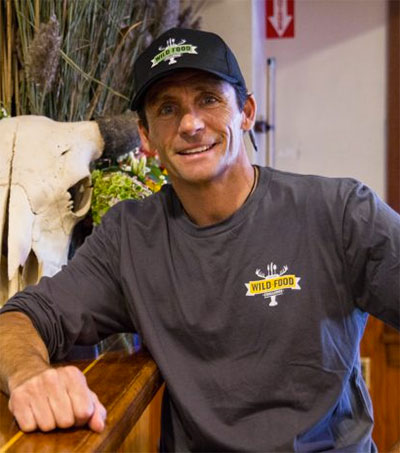 The Local Wild Food Challenge is a global phenomenon that was launched in New Zealand by personal chef Bill Manson in 2008 and has been celebrated on Martha’s Vineyard since 2010.

Manson continues to expand the Martha’s Vineyard event, with the Challenge celebrated in four countries at eight different locations.

“It’s taken on more of a festival feel,” Manson said. “We rolled out a couple of things in New Zealand in our first tryout of the new format. With each competition we add a few new things, depending on the local culture.”

Earlier this month, the Wild Food Challenge was celebrated in a small village in Finland. A challenge in Whakatane on will wrap up the 2016 season. In February and March, four more New Zealand-based events will take place. The challenge has extended its reach considerably since 2009, when Manson organised the first outing in his hometown of Eastbourne, Lower Hutt.

Some of the more interesting ingredients gathered around the globe for the challenge have included wood ants, cicadas, deer brain and heart, pine shoots made into a liquor, and deep-fried lichen. Vineyarders have made use of squirrel, crickets, wildflowers, seaweed, and acorn flour.

“We see plenty of strange things,” Manson said. “But this is really not about the freakiest ingredients. It’s the experience that people are having together, getting out and searching for things in places they wouldn’t normally go. My mission is to get people out in the environment and understand their wild food resources. I want to get people thinking about how our resources are doing and how their environment is faring. That’s something that I’m really passionate about.”

Manson now divides his time between New Zealand and the Vineyard.