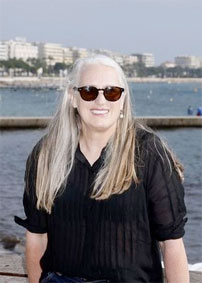 In an appearance at the Mipcom conference in Cannes, New Zealand director Jane Campion explained that she was attracted by the creative freedom in television, in comparison to film. Campion was at Mipcom to unveil her television drama Top of the Lake alongside co-writer and co-creator Gerard Lee. “I think feature film can be quite conservative, because you have to now get audiences to come out, and it’s quite a hard thing to do,” Campion said. “What’s unusual about our story really is not so much the mystery-crime story… but the textures that we’ve brought into it. It’s a wilderness area in New Zealand, like at the end of the world.” Campion also said she doesn’t see a vast gulf between film and television, in terms of quality. “The Piano ended up on television. Everything ends up there anyway.”
(9 October 2012)