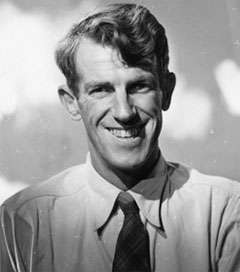 The epic story of the first known ascent of Mt Everest by Sir Edmund Hillary and Sherpa Tenzing Norgay is to be made into a 3D feature by award-winning New Zealand documentary maker Leanne Pooley. Production on Beyond the Edge is now under way at Aoraki, Mt Cook, with some filming also to take place at Everest. Pooley said: “Beyond the Edge is a gift for a filmmaker. It is my goal to take audiences around the world on a journey up the mountain that will remind them of the sheer scale of the achievement.” Stepping into the climbing boots of the young Hillary is Chad Moffitt from Nelson, with Sonam Sherpa, originally from Nepal but now a New Zealand resident living in Mt Cook, to play Norgay.