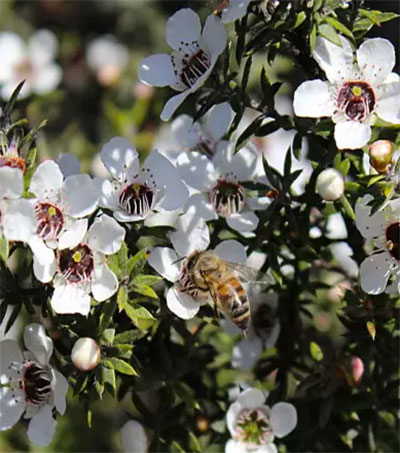 Surging demand for manuka honey, the sticky substance prized for its anti-bacterial properties, has generated a multimillion-dollar export boom for New Zealand, Jamie Smyth writes for the Financial Times. But success has come with a sting in the tail, with fraudsters mislabelling regular honey to pass it off as manuka overseas, and a rash of hive heists at home.

Last week the local industry began a fightback with the release of the first government-backed scientific test to authenticate manuka honey – a move it hopes will rebuild consumer trust and enable New Zealand producers to trademark the word “manuka” in key markets including the UK, the US, Australia and China.

“We need to be able to prove that the honey is really manuka from New Zealand,” says Jason Prior, founder of DownUnder Honey, an apiary two hours north of Wellington. “Once this testing regime has been rolled out there will be a move to lock down country of origin and the use of the manuka name.”

Manuka honey has become known as “liquid gold” in New Zealand, with exports tripling to $315m since 2011 thanks to a boom in demand from health-conscious consumers and endorsements from celebrities such as Kourtney Kardashian. It is made by bees foraging on the white flowers of the manuka plant, which is native to New Zealand and parts of Australia.

There have been 564 reports of stolen beehives – which can be worth up to US$1000 apiece – in New Zealand over the past 10 months. But the greatest threat to the industry is posed by fraudsters mislabelling product as manuka, which can be 15 times more valuable than regular honey.

Last month the government released a standard definition of manuka that identifies five key attributes – four chemicals and a single DNA marker from manuka pollen – that separate manuka from other honeys. Hills Laboratories distributed the first test kits to the industry this week as part of a consultation process. It is expected all manuka honey destined for export markets will have to undergo the testing regime.

“We support the government test, which will have a great deal of credibility,” says John Rawcliffe, head of the Unique Manuka Factor Honey Association in New Zealand.

Australian beekeepers who claim to produce similar honey that is as potent as that of their New Zealand rivals, oppose the New Zealand plan.

“We will be objecting to their certification plan,” director of the Australian Honey Bee Industry Council Trevor Weatherhead said. “Manuka grows here and there is some evidence to suggest it is an aboriginal word. I think this trademark move by New Zealand is a bit like their sports rivalry with us- they will cheer for anyone who is opposing Australia.”