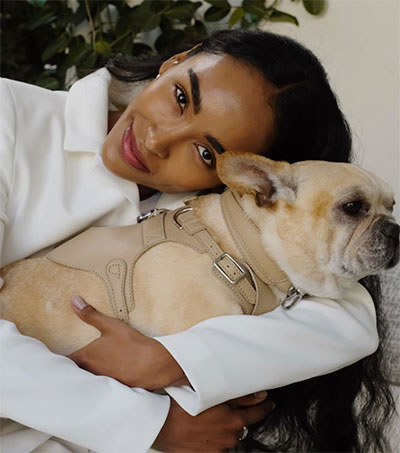 Kelley, who also blogs about motherhood and beauty, got the idea for her business when she moved to America in 2014 and began attending fashion week. At shows and events, she witnessed stylish women dressed to the nines in Chanel and Dior, but accompanied by dogs in far-less-polished plastic outfits. “I felt like there was such a disconnect between the way they represented themselves and what their pets were wearing,” she said.

According to Kelley, a neighbour walking a cat (this was Los Angeles, after all) stopped and asked where Hector’s accessories came from. “It literally looks like it’s Hermès or something,” the admirer said.