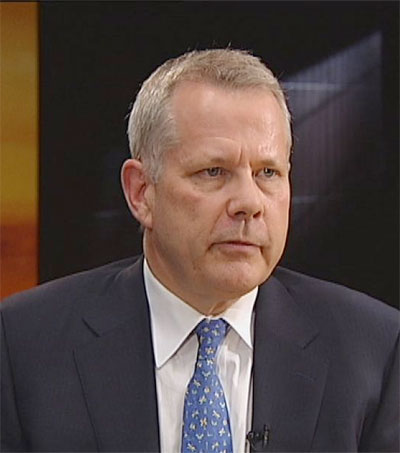 ANZ Australia chief executive, New Zealander Phil Chronican, is a numbers man who freely admits the “soft skills” have been his biggest challenge.

Chronican has had a stellar career in finance, starting out in Treasury in New Zealand and working his way up through Westpac Bank to become chief financial officer and head of institutional banking, before becoming the CEO of ANZ in 2009.

The quiet man, now in charge of some 10,000 Australian-based staff, sat down with the Australian Financial Review to talk about what he’s learned about communication and leadership.

“These are the so called soft skills that are actually the hardest to learn,” he says.

He says he’s overcome an earlier habit of entering a room and simply talking to the small group of people he knows, to talk to everyone else about things that interest them.

Now Chronican talks to staff at everything from town hall meetings to afternoon teas in his office, and walks the floor at ANZ monthly.

He is on Twitter and is setting up a new internal social media tool.

“Doing the basics well, treating your people with respect, listening to them, communicating with them and rewarding performance … if that’s back to basics then I’m a fan of that.”