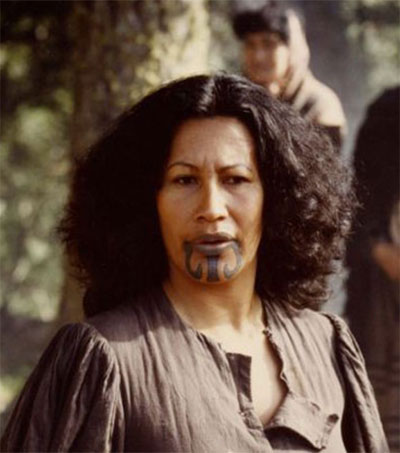 The pick-up by DuVernay’s film collective, ARRAY comes on the very same day that the Robert Redford-founded fest announced the latest recipients of the annual Merata Mita Fellowship named in honour of the late Māori filmmaker.

The 20th feature film acquisition by the nine-year old ARRAY, MERATA: How Mum Decolonised the Screen spotlights the barrier smashing life and work of Mita as long time Sundance Institute advisor and activist became the first indigenous woman in the world to direct a film on her own, which was the 1988 feature, Mauri. An official SFF selection in the Documentary Premieres category, the never-seen-before-footage rich MERATA debuted in Park City and had three further screenings this Sundance.

The 95-minute documentary is executive produced by fellow New Zealander and ex-Fear The Walking Dead star Cliff Curtis and directed by Heperi Mita, the youngest son of the subject.

“Through his film, director Heperi Mita introduces a new generation to an artist and cultural leader that everyone should know,” ARRAY releasing VP Tilane Jones told Deadline. “We at ARRAY are honoured to distribute this beautiful film about the legacy, dignity and talent of the great filmmaker, mother and icon, Merata Mita.”

For producer Chelsea Winstanley, the house that Ava built is the perfect home for the film. “There are so many similarities between ARRAY’s philosophy and Merata’s legacy,” Winstanley said. “To have a company led by a woman of colour, fearless in her pursuit of inclusivity, is an honour and in the spirit of Merata’s life’s work.”

Mita was the director of, Sundance Institute’s Indigenous Program from 2000 to 2009, the year before she passed away.

The documentary will screen at Wellington’s Old St Paul’s on 22 February as part of the capital’s Te Matatini Kapa Haka 2019 celebrations.

Mita was born in Maketu in the Bay of Plenty.