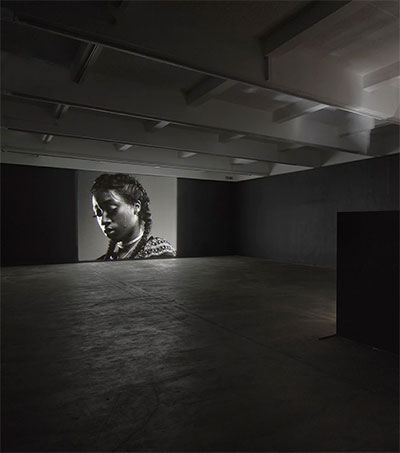 The 2018 Deutsche Börse photography prize has been awarded to the New Zealander Luke Willis Thompson, 30, for Autoportrait, a film installation about the partner of Philando Castile, who was shot dead by police in 2016.

The installation’s subject is Diamond Reynolds, a young black American woman who, in July 2016, broadcast live via Facebook the moments after her partner, Philando Castile, was shot dead by a police officer in St Anthony, Minnesota. The mobile phone footage and the subsequent court case, in which officer Jeronimo Yanez was acquitted of all charges, attracted worldwide publicity.

In a shortlist that included the combatively political series Monsanto: A Photographic Investigation by Mathieu Asselin, Thompson’s quietly transfixing installation was the favourite for the £30,000 prize, given the topicality of its subject matter and the way in which it unfolds as a self-consciously conceptual riposte to the media image of Diamond as a traumatised witness.

“Made in collaboration with its subject … it was conceived as a way to return agency to the protagonist,” said the chair of the judges, Brett Rogers, who is the director of the Photographers’ Gallery in central London. Thompson has also been nominated for the Turner prize for the same work.

In the breathing space it affords Reynolds, Autoportrait is a kind of silent, intimate counterpoint to the visceral force of her footage of the shooting and to the ways in which it gained a life of its own on social media.

Thompson is from Auckland.