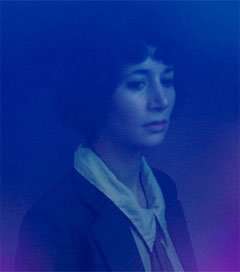 Wellington-born Carlo Van de Roer doesn’t just capture a person when he takes their photograph, he captures the colour of their soul, writes the Daily Mail. In his psychedelic collection of images, New York-based Van de Roer used an AuraCam 6000 camera to tune into the colours – or aura – that surround his different subjects – and the result is nothing short of spectacular. The innovative camera gathers biofeedback through hand sensors that measure the electromagnetic fields emitted from the person he’s shooting. The information about the model’s energetic and auric qualities are then projected as vivid colours onto the instant film.

\“You get a mix of association between this information about the subject and a likeness of them in the final [photo],” Van de Roer told Slate.com. Different aura colours mean different things, and Van de Roer has published a book called The Portrait Machine Project, which explains his subject’s auras.

Growing up in New Zealand, Van de Roer had initially shot mostly landscapes and said he found the idea of making portraits to be scary, forcing him into a different, more intimate photographic relationship. “I came to portraiture from making work that had more to do with the landscape, so this relationship between photographer, camera, subject and viewer was new to me,” Van de Roer says.

“I was interested in where this dynamic of expectations and views the authorship of the portrait lies. I found there were people who usually hate having their photograph taken who were willing to participate, partly because the process itself is intriguing I think, but maybe also because the colours often overwhelm the subjects … which maybe makes people feel more at ease.” American actress and screenwriter Miranda July (pictured), New Zealand director Taika Waititi and American writer James Frey are some of Van de Roer’s auric subjects. 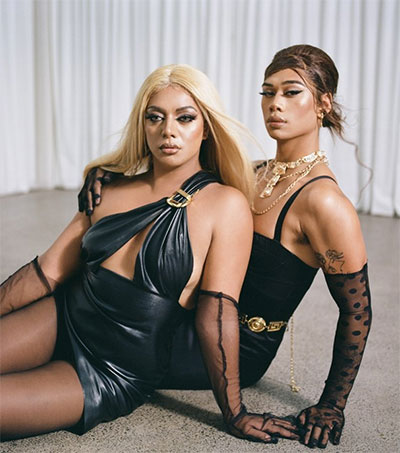