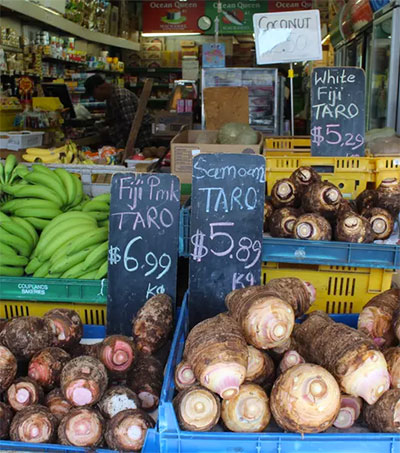 Some Pacific Islands, such as Tokelau and Niue, now have more of their people living in New Zealand than at home, a trend that is predicted to soar with the rising threat of climate change.

The South Auckland suburbs of Otahuhu, Ōtara and Papatoetoe feel like Apia or Nukuʻalofa, many residents say. Stores are piled high with taro, tapioca and cassava, shopkeepers greet customers in Samoan and clothing stores stock puletasi and sarongs.

“You know those people that have American dreams?” says Fijian Soneel Kumaran, 25, who works at the Pacifica Style Quality Clothing shop at the Ōtara shopping centre. “New Zealand is pretty much like America for all the Pacific Islands.”

But for many Pacific migrants, the New Zealand dream is increasingly illusory.

The city is struggling to provide adequate housing, transport and social services for its booming – and very youthful – Pacific population. The median age of Islanders in Auckland is just 22.6 years, and they are disproportionately represented in low socioeconomic indicators.

Overcrowding has become an entrenched issue, social welfare agencies say, as new migrants squat with relatives for extended periods of time, straining relationships and resources. In recent years, as Auckland has become one of the most expensive cities in the world to live, reports have emerged of families living in garages, tents and shipping containers.

Although older Islanders are beginning to “boomerang” home with their New Zealand pensions, the same is not true for younger migrants, who frequently describe their island homes as “boring” and “slow”.

As New Zealand has tightened up its immigration requirements it has become harder for Pacific Islanders to migrate there, though citizens of Niue and the Cook Islands have automatic residency. Other Islanders have to apply through the Pacific quota system, and year-on-year thousands more people apply than places are available: last year, nearly 17,000 Samoans applied for just 1100 places.

The minister for Pacific peoples, Aupito Tofae Su’a William Sio, says a review of the quota system is planned for next year. Born in Samoa, Sio moved to Auckland in 1969.

“Myself and people in the Pacific community have always highlighted that New Zealand is a Pacific nation, but I think over the years New Zealand has really struggled with that identity,” Sio says.