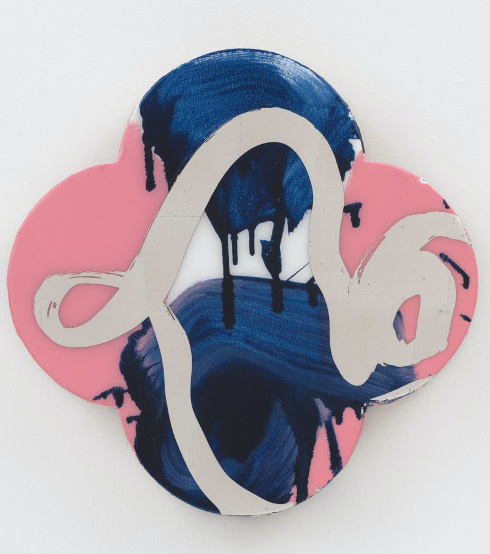 “Gimblett’s paintings are a harmonious, postmodern synthesis of American and Japanese art,” says the gallery in its exhibition essay. “Often working on shaped panels or canvases — tondos, ovals, and his signature four-lobed quatrefoil — he marries Abstract Expressionism, Modernism and Spiritual Abstraction with mysticism and traditions of Asian calligraphy. Gimblett’s paintings are defined by masterful brushwork combined with an eccentric and sophisticated color sense, and finished with sensuously glossy surfaces. They frequently incorporate gilding in precious metals — a nod to alchemy, the Presbyterian Church of Scotland (in which he was raised) and Japanese lacquerware, ceramics, and temple art.

“In addition to paintings on canvas and panel, Gimblett’s oeuvre encompasses a half-century practice of creating unique artist’s books as well as calligraphy-inspired ink paintings on paper. He is both a storyteller and a teacher who frequently guides workshops in traditional Sumi ink drawing and calligraphy techniques.”

Born in Auckland, New Zealand in 1935, Gimblett trained at the San Francisco Art Institute in the 1960s and has since lived, studied, traveled, taught, and exhibited extensively across the globe. His work is included in major museum collections, including the Guggenheim Museum, the Museum of Modern Art, the Whitney Museum of American Art, the National Gallery of Art (Washington, DC), the San Francisco Museum of Modern Art, the Museum of New Zealand Te Papa Tongarewa, and the Auckland Art Gallery Toi O Tamaki. Gimblett lives and works in New York and Auckland with the scholar, curator, writer and 2020 recipient of the prestigious Dan David Prize — Barbara Kirshenblatt-Gimblett — to whom he has been married for 56 years.

Gimblett takes up the story. “In 1962 I was in Toronto and was taken to a Ukrainian potter’s workshop; Roman Bartkiw, the potter, looked at me and said he needed an apprentice. I asked him what the deal was. He said I would work for him five or six days a week, eight hours a day. I would not get paid anything and after my first year he would let me make some pots of my own. I instantly said “I’m your man!” Two years later Barbara came home from the University of Toronto one day and found me staring at a red Conté crayon drawing of myself I had done looking in a mirror. Barbara said, “You are a painter,” and I said “Yes, I am.””

“Ensō is perhaps the leading motif in Japanese calligraphy,” says Gimblett. “It certainly has become mine. It took maybe fifteen years of drawing before my ensōs became round — previously they were ovals or sort of one-sided squeezed circles as I misjudged my centre and ran towards the left or right side of the paper. Also I had not resolved my in and out: practice makes perfect.”

The Christchurch Art Gallery is currently showing a major exhibition of Gimblett’s drawings, “Ocean Wheel.” The Gallery has over 215 Gimblett works in its collection, many gifted by the artist and Barbara Kirshenblatt-Gimblett to the Gallery in 2011. Page Gallery, Wellington has an exhibition of my works on paper, titled ” Leaves of Grass ” open now and Nadene Milne Gallery, Christchurch opens a painting show of mine July 31st the day after the Christchurch Art Gallery opens “Ocean Wheel” which is largely composed of the gift of works by Gimblett and his wife Barbara in 2008. 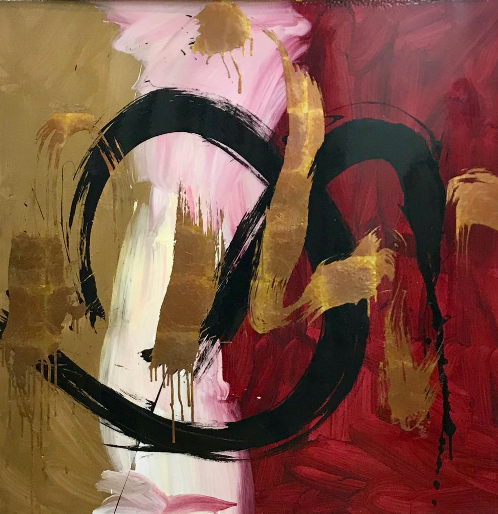 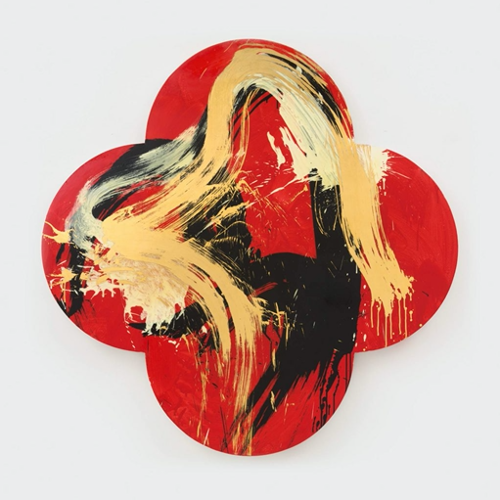 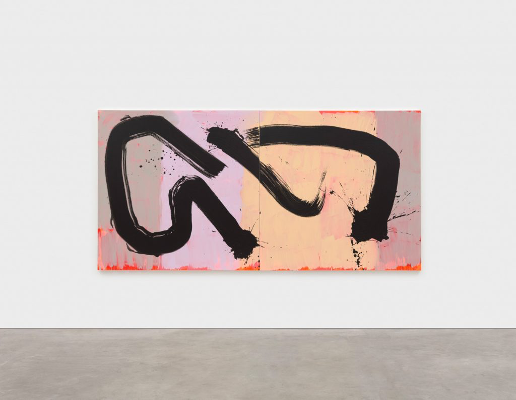 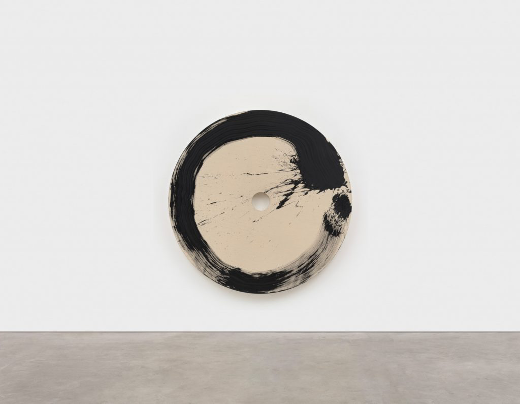 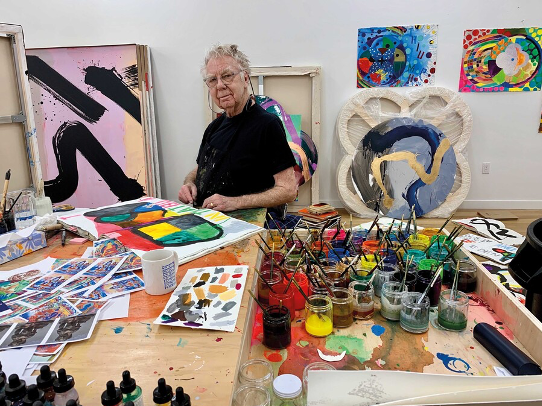 Max Gimblett in his studio, June 2020