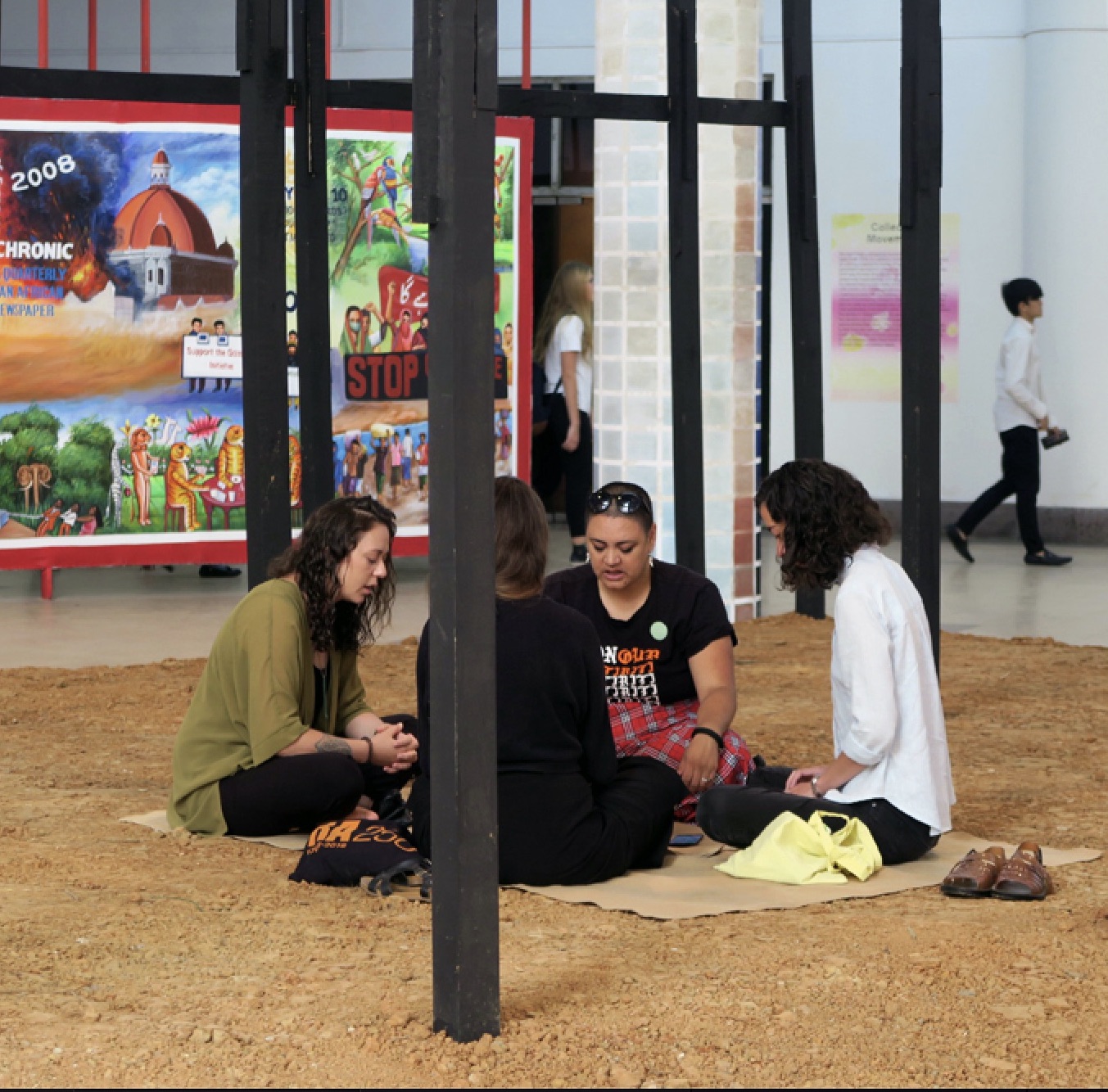 Mata Aho Collective is a collaboration between four Māori women who produce large scale fiber based works, commenting on the complexity of Māori lives. In the last of their series focusing on the Asia region, online art publishing platform Contemporary HUM’s Editor Pauline Autet interviews the Mata Aho Collective on their recent participation at the Dhaka Art Summit in Bangladesh.

Having taken place in February 2020, the Dhaka Art Summit brought together artists, curators, performers and thinkers for a week-long programme of exhibitions, panel discussions, performances and symposia, with the Mata Aho Collective partaking in panel discussions and practising a type of waiata (song) called a pātere.

‘We’re still learning and developing ways to talk about our practice to lots of different people, to give some sense of where we’re coming from. And we just always hope that our work can hold its own in whatever context it’s in and that people can get something from it, whether they know the full concept or not.’ – Mata Aho Collective. Read the conversation in full here on HUM.

The conceptual framework of the Mato Aho Collective is founded within the contemporary realities of mātauranga Māori. We produce works with a single collective authorship that are bigger than our individual capabilities.