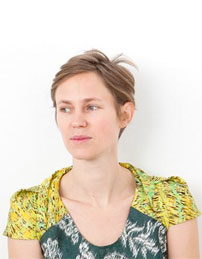 Artist of the Week

“Born in New Plymouth, in 1976, the now London-based [Francis] Upritchard grew up in a hippy environment where the local hub of crafters and alternative therapists was offset by the oil industry,” Skye Sherwin writes in the Guardian for the publication’s series ‘Artist of the week’. “Upritchard made a name for herself in the early 2000s by turning consumer tat into ritualistic objects – a biscuit jar reworked as a funeral urn; an ancient Mummy whose tributes include a pack of B&H instead of a gold bar. Why we like her: For the mysterious soldiers in her current show, A Hand of Cards. Upritchard often invites novelists to write stories about her work, in the catalogues that accompany her shows. Ali Smith is the latest to rise to the challenge.” Upritchard will discuss A Hand Of Cards, now at Nottingham Contemporary, on 18 September. The exhibition runs through 30 September.