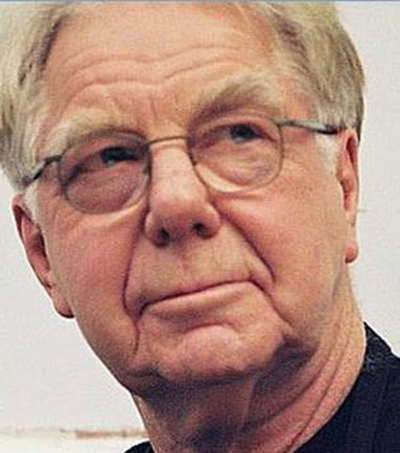 One of New Zealand’s most renowned and successful contemporary artists, Max Gimblett will be the subject of his first solo exhibition in the UK, “Love Conquers All,” at Kashya Hildebrand gallery in London.

As the gallery catalogue explains, for the last several years Gimblett “has attempted the paradoxical task of creating unity and balance between form and the extreme gesturalism of a dynamic single swirling brushstroke.” The show features recent work that employs a variety of materials including oil and acrylics combined with clay, wax, and vinyl polymers—melded with “water-gilded silver, moon gold, Japanese leaf, mica and metallic pigment” to bring shining surfaces to abstract forms.

“Love Conquers All” includes a number of works dominated by “the ancient quatrefoil shape” (four circles intersecting at the same point). This feature has “has become an important component of [Gimblett’s] practice over the last two decades and an attempt to break away from the traditional picture plane.” The artist’s work calls upon and braids together different cultural traditions and Gimblett’s personal interests, including glimmers of New Zealand’s natural rapture, the gestural immediacy of New York’s Abstract Expressionist school, and “the Japanese flung-ink style of calligraphy, as practiced by the Zen Masters of the Edo period.” Gimblett is also a master colorist—an artist unafraid of deploying bold, even fluorescent pigments—who allows color to become an expression of “the free flow of emotions.”

Born in Auckland in 1935, the New York-based Gimblett was named a Visiting Professor of Art to the National Institute of Creative Arts and Industries, Auckland University, Auckland, New Zealand in 2003. The artist, who trained in painting at the San Francisco Art Institute, also studied psychology at the CG Jung Foundation in New York. Recently, Gimblett took Jukai and received the Zen Buddhist precepts, becoming a Rinzai Zen lay monk. In 2014 Gimblett enjoyed two solo exhibitions in New Zealand at Gow Langsford Gallery, Auckland, and Nadene Milne Gallery, Arrowtown. His work also is part of the permanent collections of leading international art museums and institutions, including: the British Library, the Getty Research Institute for the History of Art & the Humanities, the Solomon R. Guggenheim Museum, Museum of Modern Art, and the Whitney Museum of American Art, among others. 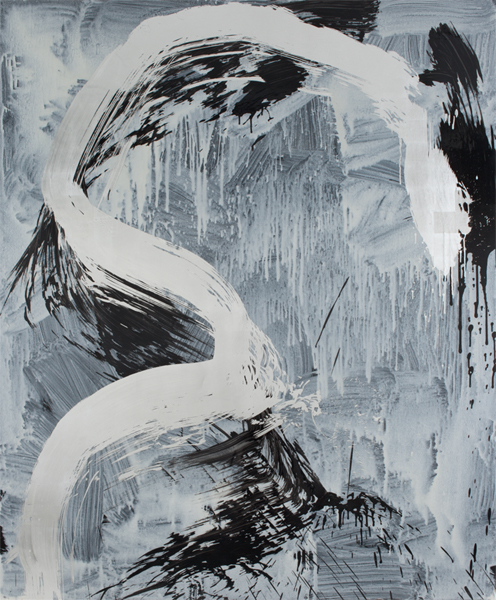