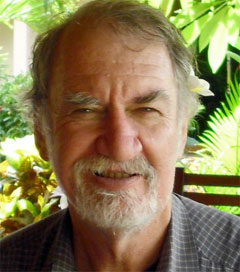 Archaeologist Made Extraordinary Contributions to Field

New Zealand-born archaeologist Mike Morwood, who was best known for discovering Homo floresiensis, has died in Darwin, aged 82. In 2003, Morwood led a joint Australian-Indonesian team of archaeologists, which uncovered what appeared to be the bones of a previously unknown species of human being on the remote Indonesian island of Flores – an event hailed as one of the most sensational findings of modern times.

In 2004 Morwood and his colleagues proposed that a variety of features identified the bones as belonging to an entirely new species, named Homo floresiensis. They suggested that it could have been a descendant of Homo erectus that arrived early on Flores, perhaps using boats, and which, under completely isolated conditions, evolved to become very small (in a similar process to the Flores stegodon, on which it may have preyed).

They also proposed that H floresiensis lived contemporaneously on Flores with Homo sapiens. But the discovery of the “hobbit”, as she became known, provoked a long-running and sometimes acrimonious debate among scientists. The debate over H floresiensis feeds into a much wider reassessment of the story of how humans emerged.

Morwood was born in Auckland on 27 October 1950 and took bachelor’s and master’s degrees in Archaeology at Auckland University, where he won the Anthropology Prize. In 1981 became a lecturer at the University of New England, where he carried out most of his research. As well as his work in Indonesia, he undertook excavations at so-called “trepang” sites in the Kimberley region of Western Australia.

In 2007 Morwood moved to Wollongong University, where he was a Professor at the School of Earth and Environmental Studies. Professor Alistair Paterson, head of the school of social science at the University of Western Australia, described Prof Morwood as an exceptional archaeologist and researcher. “In the areas he chose to focus he was inevitably a game-changer, one of a rare group of researchers who made an extraordinary contribution to their field,” Paterson said.