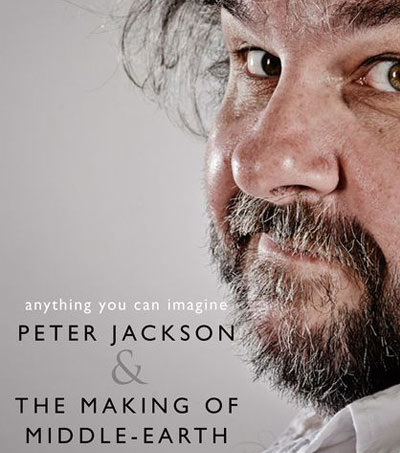 ‘Anything You Can Imagine’ Recounts Quest to Film Tolkien

“Reaching the final sentence in film writer Ian Nathan’s 576-page exploration of movie director Peter Jackson’s “The Lord of the Rings” trilogy requires the stoicism of Frodo and the vigor of Gandalf. So much detail lies along the way that even the eye of Sauron would need a shot of Visine to keep going,” according to a review of ‘Anything You Can Imagine: Peter Jackson & the Making of Middle-earth’” published in Mainichi Japan.

“In breezy and often cheeky prose, Nathan tells a grand story worthy of the annals of great filmmaking: A little-known New Zealand director wins over Hollywood moneymen to translate Tolkien to film, once thought to be an impossible task given the complexity of Tolkien’s vision of a place called Middle-earth and the hobbits, wizards, dwarves, elves and others who inhabit it.”

“The hero of the quest to film ‘The Lord of the Rings’ is Jackson, but he doesn’t set out alone. From co-screenwriters and producers to special-effects masters and illustrators, those in the fellowship he assembled matched his enthusiasm for the years it took to complete the trilogy,” as reported in the article.

“Nathan wisely explores and celebrates their unique contributions, not just those of actors Elijah Wood, Viggo Mortensen and other more easily identifiable participants. A chapter on movie music master Howard Shore is particularly welcome for explaining the usually overlooked composition of film scores.”

“In this age of the director’s extended cut, a flagging reader could be excused for wishing for a downsized edition of ‘Anything You Can Imagine.’ Yet there is much to learn, to chuckle over and to admire as Jackson and his band of indefatigable Kiwis face down the naysayers.”

Tags: Anything You Can Imagine  Ian Nathan  Mainichi Japan  Peter Jackson  The Lord of the Rings