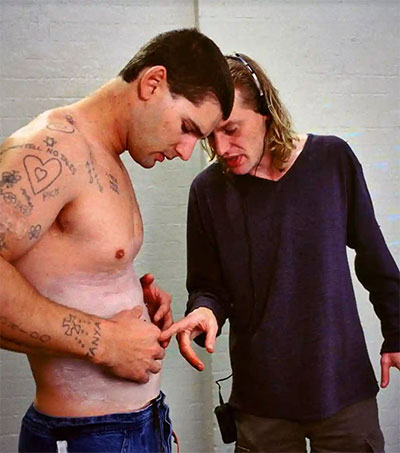 Few would be unfamiliar with Chopper – both the criminal, and the movie. The former is Mark Brandon Read, the notorious Australian gangster, bestselling author and serial shit-spinner, who committed many crimes and claimed he committed many more, Luke Buckmaster writes for The Guardian. The latter is the Wellington-born writer-director Andrew Dominik’s terrific 2000 drama, supercharged by an astonishing performance from Eric Bana.

The film returns to Australian cinemas on 26 August in a pandemic-delayed celebration of its 20th birthday.

Dominik, 53, spoke to Buckmaster over the phone from the UK, explaining that Read “sold the myth of himself as being a kind of Robin Hood character who robbed drug dealers and gave to himself, and was protective of women, animals and small children – which was patent bullshit”.

Was he ever uncomfortable about being “on the side” of the morally dubious? Buckmaster asks.