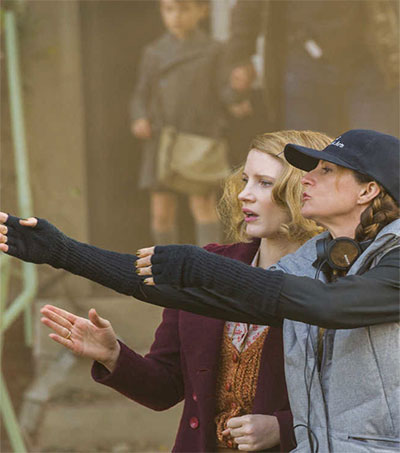 Ambition Got Niki Caro to Where She Is Today

Picturing yourself as a successful movie director – then getting there – is notoriously tough for a woman in the United States, the epicentre of the movie industry. For a young woman in New Zealand – certainly in the days of Lord of the Rings – it must have seemed an even bigger reach, according to Gary Thomson reporting for the Philadelphia Inquirer.

But it’s an ambition that gripped a teenage Niki Caro when she saw a picture called An Angel at My Table and learned that its director (Jane Campion) was a woman, and a New Zealander.

Not long after, an inspired Caro signed up for a master class in filmmaking taught by Campion.

Caro made a poor initial impression.

“She told me off,” Caro said, speaking in advance of the recent release of her latest movie, The Zookeeper’s Wife, starring Jessica Chastain.

“I showed up late for class, and she really let me have it. She demanded to know where I’d been, and I told the truth,” Caro said. “I’d just locked my first film.”

Campion backed off, having identified Caro right away as a fellow striver.

“She’s said some incredibly kind things about me since then,” said Caro, now 49, “and that’s been a great source of inspiration to me.”

Caro said The Zookeeper’s Wife has turned out to be well-timed, given reports of a rise in hate crimes, including some rooted in anti-Semitism. Told of local incidents in the US – vandalism to Jewish cemeteries, threats to Jewish community centres – she was dismayed but not surprised and noted the rise of similar incidents in Europe.

“When I started making this movie, I viewed it as mainly historical. I now realise how important it is to bring a story about this kind of compassion to the world, where this perspective is so sorely needed.”