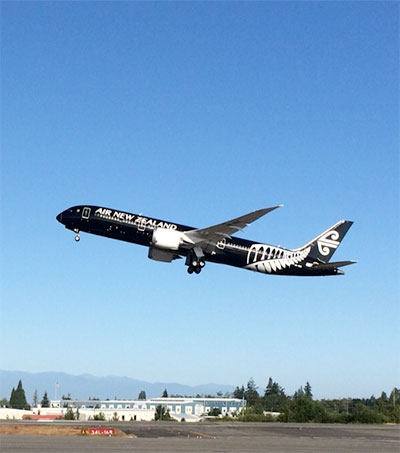 Of 449 airlines monitored by the aviation website AirlineRatings.com, Air New Zealand makes the Top 10 safest for 2015 based on aviation governing body audits and airline incident records, among other factors.

AirlineRatings.com’s rating system factors audits from governing bodies such as the FAA and ICAO, as well as government audits and the airline’s fatality record, it says.

Qantas took pole position, thanks in part to “a fatality-free record in the jet era”, the website says.

2014 was a “bad year” for aviation safety, AirlineRatings.com says, with a “sickening” record of 21 fatal accidents and 986 fatalities, including those lost on flights MH370, MH17 and QZ8501.

However, it also points out that fatal accidents were at an historic low (“one for every 1.3 million flights”), and that general trends are towards fewer accidents and fatalities despite ever-busier skies.

In 2014, the world’s airlines carried 3.3 billion passengers on 27 million flights, it adds.

Our national carrier originated in 1940 as Tasman Empire Airways Limited (TEAL), a flying boat company operating trans-Tasman flights between New Zealand and Australia. TEAL became wholly owned by the New Zealand government in 1965, when it was renamed Air New Zealand.