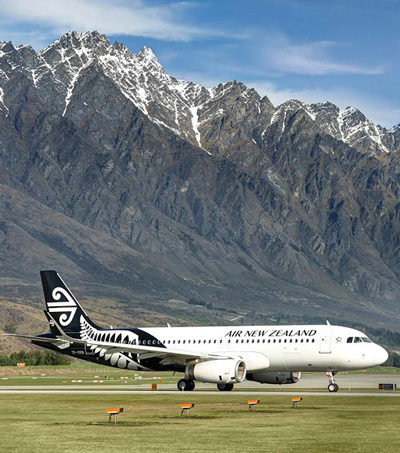 Air New Zealand, turns back the clock to the 1940s and is taking passengers back to where it all began to celebrate their 75 years of flying.

“Air New Zealand’s first flight (on April 30, 1940) took nine hours to travel from Auckland to Sydney with just nine passengers on board (…). It really has been a remarkable journey and we want to thank New Zealanders for being part of it”, said Christopher Luxon, Chief Executive of Air New Zealand.

The airline is celebrating its 75th birthday “with on-board game shows, random prize draws for people to win back their airfares” and a special Auckland –Sydney flight, which will include a 1940s-inspired menu and a fashion show of the staff uniforms throughout the years.

In addition “the airline has decorated the interior of a commuter ferry (departing from Rose Bay Wharf) to resemble a 1940s flying boat”. Passengers are able to enjoy 1940s entertainment program as well as an exhibition on the boat.

The airline’s exhibition currently can be seen at TePapa in Wellington.