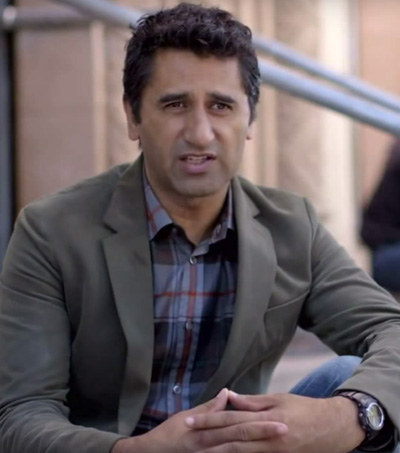 New Zealand actor Cliff Curtis has played interesting roles over the years. In 1999 he “hit a kind of American cinematic jackpot” with his work on Michael Mann’s The Insider, David O Russell’s Three Kings and Martin Scorsese’s Bringing Out the Dead.

“Those three directors believe in artistry. (…) those guys are true artists, they love and respect the artists. I learned working with those guys that at the core of it you have to keep that alive inside of yourself,” said Curtis, who currently is working on genre show Fear the Walking Dead.

“Our director [Adam Davidson] is a real artist. He really has treated it in a way where he built anticipation and tension through scenes rather than giving it all away with cheap shots,” said the New Zealand actor.

Curtis stars as Travis Manawa, “whose blended family must reinvent themselves because of the zombie apocalypse in the spinoff of the AMC hit series The Walking Dead. Gone Girl’s Kim Dickens plays counsellor Madison Clark, his wife.

When asked about his roles the actor, who has portrayed a range of ethnic groups said that he tries “to stay away from repetitive stereotypes of people of colour” and wants “to imbue roles with humanity.”

“What connects us is the specifics of who we are, and then that relates universally on many levels.”

Curtis is well-known for his devastating performance on the big screen as The Dark Horse’s Genisi Potini as well as other defining New Zealand films The Piano, Once Were Warriors, River Queen and Whale Rider.

Today the actor, who is said to have “Clooney-esque intellect and Depp-style cool” works as an actor and producer.

“For many years in Hollywood, many actors have lamented over casting limitations because of colour. And it’s been great to be invited into a massive franchise, this hugely popular American show, and for my ethnicity and my colour to be a non issue,” said Curtis.