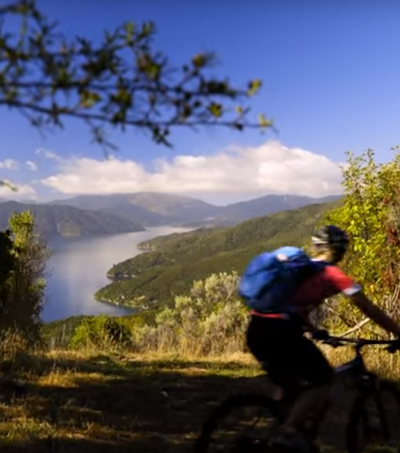 There are numerous mountain bike tracks in New Zealand and a lot of new tracks are being created while old tracks are being reworked. “Many follow old pathways forged by early Māori and pioneer settlers, still rugged around the edges, while new purpose-built tracks tend to be flowing with friendly gradients,” as reported in The Financial Express.

The Motu Trails in the blissfully beachy eastern Bay of Plenty are three routes traversing the coast and penetrating deep into remote backcountry and can be ridden as day rides or two-day loop. The small coastal town of Opotiki is the starting point for the Dunes Trail, which “meanders along a spectacular 10km stretch of Pacific Ocean coast to Jackson Road” and offers “many panoramic views of the sparkling sea, and to White Island (Whakaari) and the East Cape ranges”, as described on the Motu Trails website.

For some “real mountain biking magic” the Financial Express suggests the 44km long Pakihi Track along a century-old byway twisting and turning through native forest.

This trail starts at Mt Ruapehu and leads you all the way to the Tasman Sea through Tongariro and Whanganui national parks. “It’s a journey rich in natural and cultural heritage.”

“The Queen Charlotte Track leads riders through the Marlborough Sounds, one of New Zealand’s most beautiful waterways.” After taking a scenic boat cruise from Picton to historic Ship Cove the “trail skirts around bay after bay, linked by saddles and ridges topped with stupendous viewpoints.”

The Old Ghost Road trail, New Zealand’s longest single-track, resurrects an old gold miners’ route between the ghost town of Lyell in the Buller Gorge and Seddonville near the coast.

“With expertly built track and comfortable sleeping huts in an environment dominated by ancient rainforest, rocky mountain tops and a rugged river gorge, this is considered the cutting edge of cross-country riding,” according to the article.