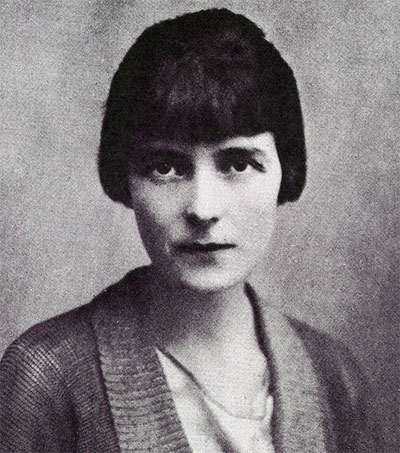 1922 – A Year of Katherine Mansfield and Other Great Modernists

“James Joyce’s Ulysses and T.S. Eliot’s The Waste Land are rightly hailed as masterpieces – but they unfairly overshadow 1922’s other great books,” writes John Self in a feature for the BBC, which explores select works from a century ago, including The Garden Party and Other Stories written by “overlooked genius”, Wellington-born author Katherine Mansfield.

“In literature the response to the challenges and opportunities of the early 20th Century was Modernism – the rejection of traditional linear storytelling and the use of more challenging styles to reflect the new world – and its annus mirabilis is usually seen as 1922. It was an apt time for breakthroughs,” Self writes.

“[Mansfield] moved from her birthplace New Zealand to London in 1903, and became a central connector in the literary world through sheer force of personality and talent. She had tea with James Joyce in Paris, had a wobbly long-term friendship with Virginia Woolf, and – in the view of Mansfield’s biographer Claire Tomalin – caught from DH Lawrence the tuberculosis which would plague her final years and kill her in 1923, at the age of 34. When Mansfield died, Woolf wrote in her diary: ‘When I began to write, it seemed to me there was no point in writing. Katherine won’t read it. Katherine’s my rival no longer.’

“Near the end of 1922 – on Christmas Day – [Woolf] wrote to her friend Gerald Brenan, saying she worried that their generation of writers would be just a stepping stone for the next: ‘For I agree with you that nothing is going to be achieved by us. Fragments – paragraphs – a page, perhaps: but no more.’ She was, as we can happily see 100 years later, entirely wrong.”