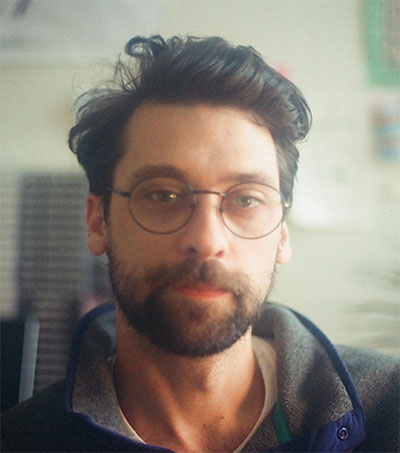 Founder of Vancouver-based cassette label 1080p, New Zealander Richard MacFarlane is making a name for himself for a brand, which “uniquely inspires producers while consuming the attention spans of aesthete trend-seekers in electronic music,” according to Wyatt Schaffner writing for Portland’s alternative newspaper Willamette Week.

Originally from Christchurch, MacFarlane founded 1080p in 2013, when he moved to Vancouver on a whim. In three years, the label has rapidly grown from humble beginnings, with a cheeky aesthetic, an emphasis on digital art and a focus on cassettes. The warm, analogue sound of tape is a unique medium for uptempo, club-friendly tracks. To the underground dance music community, 1080p opened up a new channel for expression.

“In the context of getting music out there, tapes are a good way to negate the conventions of the music industry,” MacFarlane says. “The mainstream industry is probably all digital [sales], because physical copies have failed them. 1080p, as a label, refers to how quickly things get outmoded, or the planned obsolescence of those objects or modes of production.”

If a personal brand signifies cultural currency, MacFarlane is already a rich man. He’s a self-effacing Instagram star, travelling the world in Tevas with socks, expounding a sincere love of Patagonia fleece and a curatorial ear for provocative, uplifting music. MacFarlane’s vision sprang from his work with the Roze Quartz blog and defunct Pitchfork spinoff, the lo-fi, experimental pop-focused Altered Zones.

The label particularly excels at breaking female artists to a wider audience. D. Tiffany was the first of many esteemed women to make a mark through the label, which now houses Via App, Beta Librae, and Umfang of the all-female DJ collectives Technofeminism and Discwoman.

“The way I approach releases is going through friends,” MacFarlane says. “Instead of having people self-release, this label has the purpose to help out, as an actually self-sufficient model. It gives people agency.”