This has become a mini-magazine. Pour a coffee.

The view is from Raumati South, Kapiti, looking towards
the top of the South Island.

It’s a great Saturday coming up – a New Zealand general election, and an All Blacks test match (vs Scotland). Having a vote is a right, an obligation, and opportunity to influence the future. See how Americans have just taken their democracy seriously. New Zealanders living overseas can vote from now until Election Day, Saturday, 8 November (NZ time). You can still enrol online from anywhere in the world (takes an estimated three minutes), download your voting papers, and post or fax. Your vote must be received in New Zealand by 7pm NZ Daylight Time on Saturday 8 November. Do not waste a moment. Vote now. Go to http://www.everyvotecounts.co.nz (thanks Kea) to check your elegibility and process your enrolment. 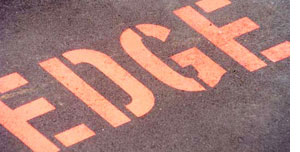 ECONOMY ON THE EDGE
Edge is a useful metaphor, in fair times and foul. The paper by the NZ Stock Exchange (NZX) and the New Zealand Institute “Economy on the Edge” is the response by their respective CEOs Mark Weldon and David Skilling, to the extreme volatility of the international financial system, and the risks and must-do’s for New Zealand.

Weldon and Skilling say they have been compelled to put forward urgent ideas that represent a material response to the global economic situation. With doctorates from Columbia and Harvard respectively, they know a thing or two. Weldon has been leader of the NZX since 2002 and has consistently staked positions designed to strengthen the fundamentals of our economy. A politician with guts and imagination would appoint Skilling as Secretary of the New Zealand Treasury to rev up our local and global economic position. “Economy on the Edge” should be read as a primer for the type of bold responses that New Zealand’s under-performing economy needs to take in a rapidly changing world. For the past five years Weldon and Skilling have provoked and pushed against a general climate of no-can-do-ness and macro-economic inertness.

Their proposals include: more dynamic management of the taxation system to encourage greater investment; more dynamic management of the $25b government-owned commercial sector; investing some of the $30b of state financial assets at home to maximize the national interest; more dynamic stimulus to our savings environment (including making saving compulsory); encouraging resourceful international New Zealanders to turn their brains and energy; ways to manage credit and capital channels to overcome heavy reliance on foreign capital.

To their proposals I would add a punchy global marketing campaign promoting New Zealand’s uniquely skilled people, innovation culture, sophisticated worldview, terrific global timezone for international operations, stable and non-corrupt systems, ease of doing business …I’m talking double-page spreads in The Economist, TV ads on CNN, sponsoring Davos, direct marketing to the world’s top 1,000 CEOs. Being known as a pretty place to visit is a pretty thin marketing proposition in these new economic times. Right now is precisely the time to be repositioning New Zealand in the world – smart edgy ideas amidst the chaos of the center. 1000% EDGE. Read More

PURPOSE FOR NEW ZEALAND
If New Zealand had a US-style Cabinet, then Lloyd Morrison would surely be in it. He and his HRL Morrison team have built an outstanding company, Infratil, investing in New Zealand and international infrastructure including airports, transport, energy, ports and public utilities – and he has several alt careers including being an invaluable New Zealand classical music producer, and instigator of a national dialogue on our identity as expressed in the New Zealand flag (which nzedge.com adopted as its symbol). He has now initiated a search to define and drive towards a national goal which will define a world-changing national purpose. Acting with purpose leads to a more fulfilled life. He cites Ireland, Korea, Singapore and Taiwan as examples of national purpose in action. Conversely, in the absence of purpose, current forecasts have New Zealand’s GDP per capita slipping below Kazakhstan and Botswana by 2025. “There is no clearly articulated goal we are pursuing and no solid plan of how we can get there. As a result, there is no definition or accountability for policies or policy-makers. Consequently, we continue our steady decline. NZ needs to embrace a common objective that will provide the means to deliver what we are seeking as a nation. This goal must be catalytic in terms of driving positive change that makes the outcome achievable.” Lloyd Morrison’s starter-for-ten is that New Zealand should aim to be back in the top 10 countries in the world based on GDP per capita by 2025. I believe such a goal is possible and is congruent with the goals of nzedge.com. The collective intelligence of New Zealanders everywhere could make this happen. There are other goals, of equivalence and of a subsidiary nature. You can email Lloyd atmeasurablegoal@hrlmorrison.com with your ideas for a national goal, and contribute to the forum on www.blog.nzx.com. The presentations in the 7X7 videos listed below are instructive about the actions and activities to get this country going forward, not in reverse. 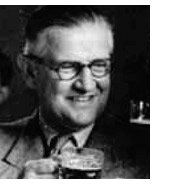 Motivated by a desire to be more than just an ordinary doctor, Archibald McIndoe pursued greatness – and became much more than an ordinary surgeon. Appointed Plastic Surgeon to the Royal Air Force in the midst of World War II, McIndoe brought plastic surgery to the forefront of burns treatment and became a pioneer of what is known today as ‘therapeutic community’. McIndoe was born in Dunedin 1900 and educated at Otago University. He started his world-changing career at the Mayo Clinic in Minnesota (“He was the quickest man to open and shut a stomach that I ever saw”). In London, in a fortuitious stroke of luck in the midst of a personal despair, he formed a partnership with the pioneer of plastic surgery himself – fellow New Zealander (and cousin) Harold Gillies. During World War II he challenged outdated methods for treating severe burns, and pioneered the ‘therapeutic community’ which saw him dispense with hospital rules in order to meet the psychological needs of his badly deformed patients, and help them re-form their lives in society.

CJ Williams is a BA, BSC (Hon) and MSC graduate of Victoria University, with majors in History, Sociology and Psychology. He is a social and behavioural scientist, multi-media producer and writer of various forms. His main area of interest is the interplay between free choice, fate, individual behavior and social environment. He wrote the nzedge.com hero story on Harold Gillies.

The Whanganui River wends its way through the lives of many people. For Den it has been the feature of the past month as he recalls some of its sons, Rangitihi Rangiwaiata Tahuparae MNZM, ‘Tahu’, and Gabe Tawhiti, separated both by time and type but linked by their mutual awa. Gabe was a street warrior, stabbed to death in Wellington. Then, as now, there was anger and hurt. The River elders encouraged redress through the law and a quest to find ways for healing and peace. The ‘Gabe’, a fiercely contested Black Power rugby league trophy, was the result. Den recounts the build up to the 2008 match up at Mamaku. Tahu was a tohunga knowledgeable both in ancient tribal lore and the protocols of Parliament and the Crown. He translated Winston Churchill’s riposte to Hitler, when the latter said that he would wring England’s neck like a chicken. Churchill reportedly said “Some neck, some chicken”. Tahu’s rendition was “Tama heihei, kaki maro” and Den reckons that stiff necked roosters, both sinners and saints, better get ready for difficult times. He shares thoughts from prison reformist Kim Workman, criminologist John Pratt and counter-terrorism expert Dr Pete Lentini, examines the issue of free market behaviours and our suppressive approach to those who dare to be different. Lots of Baxter (4,231 words) Read More

Portrait of the activist as a young man; Paulo Freire, Latin America liberation theology and reflective action; pro-social change, community action, personal responsibility, and making change yourself; criminalisation of gang membership, differential sentencing tariffs; Black Power, the UN, their Waitangi Treaty claim, and Moana Jackson – jurisprudence expert; negative expenditure in the criminal justice sector; growth of the Maori family and the gang environment; moving forward, becoming engaged, less alienated and less marginalised leading to the end of “gangism” through a natural and sustainable process in contrast with the present “make war” suppressive approach; turning your life around and second chance education; Maori volunteerism; the political use of the court of public opinion; James K Baxter – “Ballad of the Junkies and the Fuzz”, “Ballad of Calvary Street”; “Zion”. (3,079 words) Read More

Sir Brian Lochore’s “Jurrasic Roar” about belting kids; a 71% increase in New Zealand’s prison population; Government’s views on Maoriness as a “criminogenic”factor; the late Laurie O’Reilly, champion of the primacy of children’s rights in law and his promotion of non-violence within the whanau of our nation; sitting down with the FBI (Full Blooded Islanders) and the Darksiders/Black Power in Wellington with Police to work out an action plan; research with Edge Te Whaiti on the family, education, employment, lifestyle and community aspirations of Mongrel Mob Notorious chapters in Tokaanu, Putaruru and Auckland; (they are similar to most New Zealanders); breaking the cycle of failure to stop young people getting emeshed in the criminal justice-industrial complex. (5,664 words) Read More

7X7 is an ideas forum I started in Wellington in 2000 with media and cultural producer Jan Bieringa as a way of presenting innovation and radical thinking in the capital’s technology, entertainment and design industries (the idea came from TED in 1998). Jan and I have recently produced the 2008 of 7X7 series “The Big Think: Transforming the New Zealand Economy” is now online – featuring 35 videos (of roughly seven minutes each) over five themes – Foundations, Trailblazers, Directions, Connections and Imaginations. Moderated by economics journalist Rod Oram, generously sponsored by the Wellington City Council (Absolutely Positively Wellington, Creative Capital, Heart of the Edge) and presented by SweeneyVesty and Blair Wakefield Productions. Provocative, insightful, and at times mind-bending.

World’s Edge 42º South Wellington 2009
Cumulus World’s Edge 42º South is an international design conference to be held in Wellington November 2009, convened by the Victoria University School of Design in association with the University of Otago Institute of Design and Auckland’s UNITEC. Referencing nzedge.com – “Radical stuff starts at the margins, change comes from the fringes, innovation happens on the edges”- the conference promises “a design conversation about a future world – about innovation, progress and sustainability, and about our cultural, social, economic and spiritual well-being.” A subtext of the conference is “our search for identity which has long driven cultural production in New Zealand and given life to new bodies of work across literature, design, film, music and fashion.”