NZEDGE.COM publishes daily on Facebook and Twitter. This newsletter presents a selection of New Zealanders appearing in the world’s media in the last week. 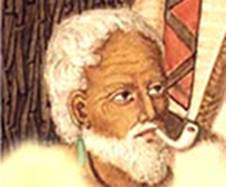 A new story in the 40-strong gallery of world-changing New Zealanders of nzedge.com is of Maori Tohunga Te Ruki Kawiti, researched and written by Wellington historian Craig J. Williams. Kawiti was a mastermind of modern warfare. Throughout the New Zealand land wars of the 1800s he developed increasingly advanced trench fortifications that not only stood up to intense military action from the British troops, but left them admiring their structure over the years to come. Here are extracts:

On the 11th of January 1846, about 20 kilometres from the township of Russell, British soldiers entered the Bats Nest; a fortification belonging to New Zealand chieftain Te Ruki Kawiti. Non-European fortifications in New Zealand were more commonly called pa and had always been a part of ancient warfare but the aptly named Bats Nest was no ordinary pa. Within its four meter high palisades lay a labyrinth of reinforced tunnels bunkers and trenches. The Bats Nest was Kawiti’s response to Britain’s heavy artillery but it was not the first time he had built a fortification consisting of trenches and bunkers. A similar fortification had been built eight months earlier to fight Britain’s 58th regiment. The Bats Nest, however, was Kawiti’s magnum opus; an engineering marvel that so impressed the British, they made not one but two models of it …

… Kawiti’s innovations become a feature of Maori military tactics during the remaining years of New Zealand Wars. Many of the men who had fought at Ohaeawai and Ruapekapeka had come from other parts of the country. Furthermore, messengers took models of Ohaeawai around the country and back to their tribal jurisdictions. During the 1860s, his firing trenches, communication trenches, double palisades, pekerangi, firing loopholes, flanking angles, reinforced tunnels, and anti-artillery bunkers were replicated in fortifications throughout the nation. “Borrowing” from Kawiti’s success at Ohaeawai, indigenous New Zealanders won numerous battles against their British foe, despite the fact that they were greatly outnumbered and only part-time soldiers. 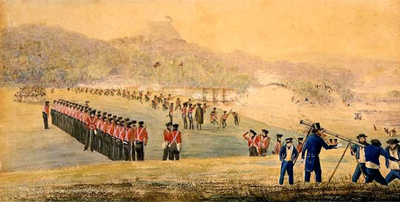 On the 8th May,1845. Marines & Sailors of H. M. Ships North Star and Hazard against the combined forces of the rebels Heke & Kawiti / C. Bridge. Permission of the Alexander Turnbull Library, Wellington, New Zealand, must be obtained before any re-use of this image. Reference number: A-079-008

…Following the New Zealand Wars, the name Te Ruki Kawiti became increasingly obscure – his engineering feats and Ruapekapeka were sadly forgotten, with lesser men of his generation receiving far more kudos. However, on February the 16th 2008, after more than 150 years of obscurity, Te Ruki Kawiti’s engineering achievements were finally honoured. Ruapekapeka pa, his magnum opus, was recognised by the Institution of Professional Engineers of New Zealand (IPENZ) as a national site of engineering significance. Today, Ruapekapeka pa stands alongside other important engineering icons such as the Auckland Harbour Bridge and the Hamilton jet unit. Te Ruki Kawiti is once again being remembered as an outstanding Maori leader and innovative New Zealander. 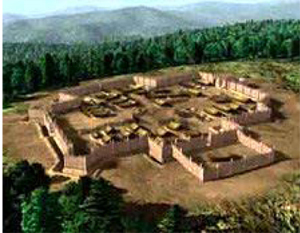 Research and story by Craig J. Williams, who has previously written biographies for nzedge.com of pioneering surgeons Harold Gillies and Archibald McIndoe. Born in Hastings, Craig moved with his family to Sydney when he was 13 years of age. He attended high school in Sydney and later began a colourful working career, firstly as a shipping agent and then as a private investigator for a small company in Sydney’s Eastern suburbs. His experiences as an investigator generated an interest in human behaviour. In 1986 he returned to New Zealand where he began studying sociology, history and psychology at Victoria University (Wellington). After graduating from Victoria with a BA, BSc and MSc in psychology, he took up contract work as a social and behavioural scientist specialising in criminal behaviour. He currently consults to a number of government organisations.

Below is direct access to the biographies we have produced at nzedge.com. The full listing is at www.nzedge.com/heroes.