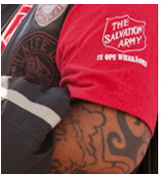 At year’s end Den tells of the extraordinary partnership between the Mongrel Mob Notorious and the Salvation Army in establishing a methamphetamine rehabilitation programme at Kakahi. He recounts the recent journey of the Mob and their arrival at the gates of the Citadel and how through leadership on the part of Roy Dunne the Notorious chapter’s captain, pro-social change is afoot. Den describes the Consultancy Advocacy and Research Trust’s (CART) entry into its 20th year of community action and the opening of its new facility in Wellington by the Governor General His Excellency Sir Anand Satyanand. He says that the presence of the Governor General and senior officers of the New Zealand Police at this event, and the presence of Ngati Tuwharetoa paramount chief Tumu Te Heu Heu at Kakahi for the graduation for the Mongrel Mob families who completed the rehab programme, are in themselves profound demonstrations of leadership and antidotes to the language of hate currently being used by some politicians. Den outlines his plans for 2010, the Parihaka Peace Festival, Maori Motown (with a message), and the quest to get more meth rehab units up and running. He wishes readers blessings and hopes they get to hear and speak words of love each day of the New Year. (3,761 words) 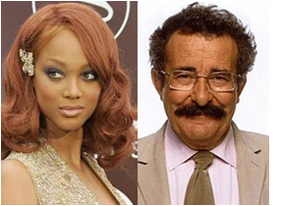 Fabulous Face-Off. Two visitors to New Zealand have provoked a fabulous stream of online invective that is as good a mirror on our society as any other held up in 2009. Model impresario Tyra Banks was in New Zealand this month filming an episode of “American’s Next Top Model”. A NZ Herald headline said of her emotion-overcome speech at an Auckland lunch: “[She] came, she saw, she cried.” Ms Banks remarked “I find that the girls [here] are so like, beyond warm and polite. I don’t know, do you guys have haters? America’s all about haters. I don’t feel that here.” The Herald’s “Your Views” page has 160 opinions on “What is unique about Kiwi women.” At the other end of pointy-headedness, Robert Lord Winston, professor of science and society at Imperial College London, has been visiting for an international symposium at Auckland University. He is an expert in how genes and the environment combine to develop human identity – and remarked last week that New Zealanders do not value intellectuals and ignore the worst behavior of our sports stars. “New Zealand celebrates attributes which really aren’t that important,” he said, believing that believes the stars of the entertainment industry and of the sports field are built up out of all proportion to their value or their attributes. Stuff has 135 pungent comments on the subject “Worship of Kiwi celebrities a false idolatry.”

The EDGE OF ELSEWHERE
Opens January 14-15 as part of the Sydney Festival, featuring New Zealand artists Shigeyuki Kihara and Lisa Reihana. Produced by Gallery 4A and sited principally at the Campbelltown Arts Centre, the three year project brings together contemporary artists from across Australia, Asia and the Pacific to develop new work in partnership with Sydney communities.