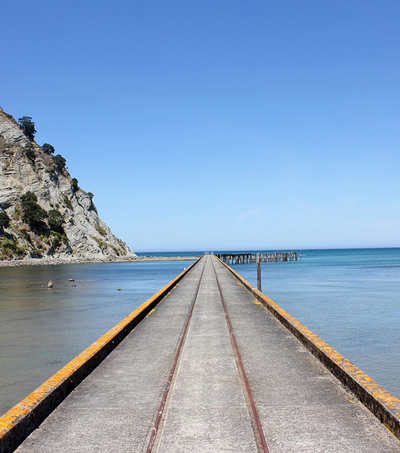 “To many in New Zealand, the country looks like an isolated outpost on a map girdled by economic powerhouses a hemisphere away. It’s the end of a trail that snakes through Southeast Asia and Australia before a three-hour flight will land you in one of its handful of international airports,” reports an article published in China Daily.

It’s no surprise that “China’s One-Belt One-Road (OBOR) initiative, a massive economic and diplomatic program to promote prosperity and cooperation through Europe, Africa and Asia is little talked about.”
“New Zealanders are starting to realize that while their country might be the last house on the 21st Century Maritime Silk Road, it won’t be forgotten, especially after the signing of an OBOR agreement between the two governments on Tuesday,” according to the article.

“The Oceania Silk Road Network (OSRN) is being forged by New Zealand business interests, headed by William Zhao, director and CEO of China-owned Yashili New Zealand Dairy Company” and “will be liaising with the Chinese think tanks and industry alliances to look at opportunities to develop OBOR-related projects.”

“There’s a group of us exploring setting up this mechanism and it’s in an environment where there’s a growing interest among organizations focused on China to explore ways that New Zealand can engage more on China’s very important initiative,” said New Zealand China Trade Association chairman Martin Thomson, who is among the four initiators.

“Thomson also sees OBOR as a route to develop infrastructure in New Zealand, as well as a means of developing markets in the region,” as reported in the article.

“New Zealand’s a trading country. We sell a lot of products offshore and the opportunity to open up markets with greater infrastructure in regions that we don’t currently sell a lot to, is a great opportunity,” he said.

“There’s a range of ways in which New Zealand companies could participate in One-Belt One-Road,” said New Zealand China Council acting executive director Stephen Jacobi. “For example, we could supply goods or services into construction projects into Eurasia, the countries around China that they’re targeting for infrastructure development”.

China-born MP Raymond Huo “who returned to the Congress last week as listed MP believes OBOR could help to solve one of the major problems facing many developed nations:” infrastructure.

“We haven’t done much upgrading, so we need money; we need capital; and we need the construction capacity. China has both,” he explained.

“Huo said he first realized the potential of OBOR when he attended two high-level conferences in China, and he determined that New Zealand should seize the opportunities it offered.”

Together with other experts on China and leading businesspeople, “he has established the New Zealand OBOR Think Tank and the New Zealand OBOR Foundation. The think tank would “help promote the idea and educate New Zealanders on the One-Belt One-Road initiative, and more generally on the people, culture and languages of China.” It has “already linked up with China’s National Development and Reform Commission, as well as Chinese construction companies and private equity firms to look at opportunities.”

“We will bring together and coordinate a network of business leaders and organizations across the board to develop effective, efficient and environmentally sustainable economies while maintaining peace and harmony in our region,” said Huo.

“That sentiment was echoed by Trade Minister Todd McClay, who stressed that New Zealand saw itself as a partner with China in the Belt and Road,” according to the article.

“You could almost suggest that the Road starts in New Zealand, but we’ll be looking for ways to enhance our relationship through this substantial and worthwhile initiative,” he told Xinhua by phone.