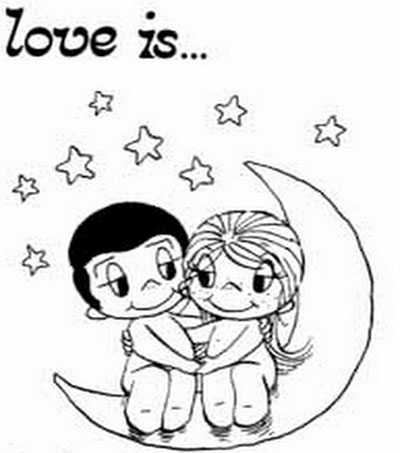 Kim Casali’s Love Is An Inspiration

Auckland-born Kim Casali created the syndicated cartoon feature Love Is…, originally as notes to her future husband, in the late 1960s. As well, in one of the world’s first cases, Casali gave birth to a child sixteen months after the death of her husband, having been artificially inseminated using his stored frozen sperm. According to Huffington Post contributor Dr Roshan Radhakrishnan, Casali’s story should inspire Indians.

“As a teenager, New Zealander Kim Grove used to draw these cartoon figures based on love letters she had written … to a husband she had not even met,” Radhakrishnan writes. “When she did meet the love of her life in [Los Angeles in] 1967, Italian Roberto Casali proved to be the perfect inspiration, encouraging her to consider a wider audience for the cute cartoons she drew at the end of their love letters.

“The comic strip achieved almost instant international success, thanks in no small measure to the release of the iconic 1970 movie Love Story, at roughly the same time.

“Casali never married again [after the death of her husband], devoting her life to looking after her family till she passed away in 1997. To this day, her comic strip, ‘Love is…’ appears in over two dozen languages across thousands of newspapers, spreading a message of love that originated from a young girl’s love letters in 1967.

“Today, artificial insemination is considered routine. But back in her day, Casali had to go against the government and religious heads for what she did.

“You and I live in a world that has seen 41 summers since Casali asked her husband for another child. We live in a country that knows to fly rockets into space but still does not know how to respond to people in love. We discuss hatred and bigotry openly at the dining table but love is frowned upon.

“We find endless reasons to prevent that emotion from even developing: caste, creed, religious ideology, cultural differences, gender, bank balance, too young, too old, eating habits, height, weight, even the alignment of planets billions of miles away at the moment we were born. The simple fact is that none of this will matter unless there is love and respect in the relationship. It is not a Western thought, it is just simple logic.