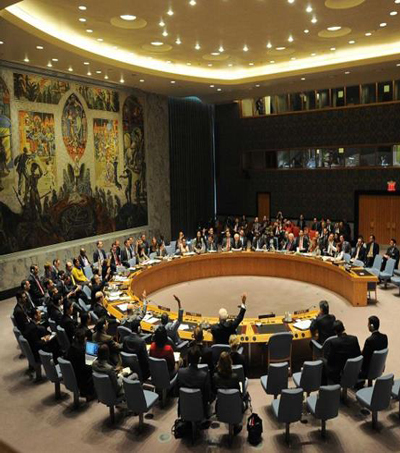 New Zealand has won a seat on the United Nations Security Council, in the first round of the secret ballot.

The UN’s 193 member states voted at the UN headquarters in New York on Thursday.

New Zealand, Turkey and Spain were competing for the two seats in the council’s “Western European and Others” group.

Spain eventually was victorious in the third ballot, earning 132 votes to Turkey’s 60.

It was a huge win and vote of confidence for New Zealand on the world stage.

The New Zealand delegation sitting in the UN’s General Assembly celebrated with handshakes and hugs when it was announced they were victorious.

New Zealand’s ambassador to the UN Jim McLay put his hands to his face.

A seat on the Security Council gives nations a high-profile opportunity to weigh in on world issues and events.

There are 15 seats on the Security Council, which is charged with responsibility for world peace and stability.

In the other groups contesting council seats on Thursday, Malaysia, Venezuela and Angola won unopposed.

There are five permanent members, the US, Britain, China, France and Russia.

The 10 non-permanent seats rotate on two-year terms and are based on five regions.

The last time New Zealand held one of the non-permanent seats was 1994.

Original story on The Australian, 17 October