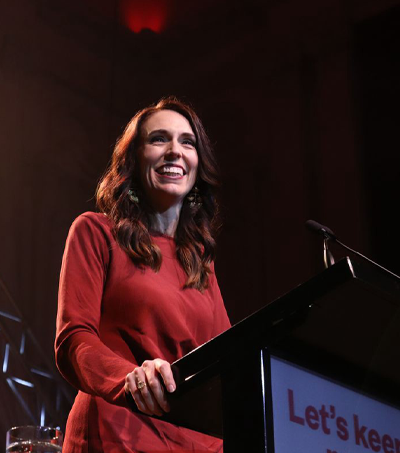 In the wake of the Covid-19 pandemic, New Zealand has emerged as a global leader. However there’s more to this leadership than New Zealand’s efforts in developing a world-renowned best-practice pandemic response, says London-based economist Umair Haque, writing for Eudaimonia and Co on Medium.

Haque describes New Zealand as one of the new leaders of the 21st century, using its Covid response as a report card on the nation’s standing in 2020 and a reflection of deeper forms of prosperity in New Zealand society.

New Zealand is a high trust society that has rallied behind the leadership of Jacinda Ardern, a young female Prime Minister, by re-electing her in a historic landslide victory in October, says Haque.

He notes that the successful response to the pandemic is a direct result of the actions of New Zealanders as a collective, with a key element being the responsibility taken for each other’s wellbeing. “What an achievement it really is for a nation to come together and stand for democracy, civilization, equality, goodness, and truth, in an age of collapse and chaos,” writes Haque.

Haque suggests that the mismanagement of the pandemic and other recent disasters (such as wildfires) have highlighted areas of increasing weakness in major Anglo societies – namely Britain, the United States and Australia.

“These societies are now on trajectories of long run and very real collapse — fragmentation, disintegration, and implosion, in every way: economic, social, cultural, political,” says Haque.

He goes on to analyse how the markedly different social and political landscape in New Zealand enabled such a successful pandemic response and has created conditions for ongoing prosperity.

Haque writes that the world is seeking an alternative to destructive “strongman” politics, and that alternative increasingly seems to be a co-operative and nurturing brand of politics like Ardern’s, that sees a nation grow together instead of apart.

“Whether it knows it or not, the eyes of the world are on little New Zealand. It’s not easy being in the spotlight. Maybe you never wanted to. And yet when you are a beacon of light in a dark age, you are the spotlight,” Haque concludes.