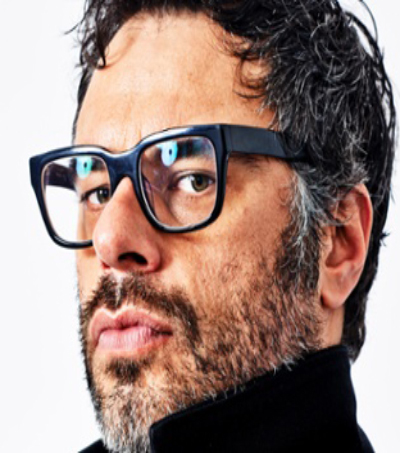 Conchord and vampire Jemaine Clement is interviewed by The Guardian’s Alexander Bisley on his new film What We Do in the Shadows, share homes, and his Maori heritage.

Clement is one of the most noted actors and comedians in New Zealand, but before Flight of the Conchords became a smash hit on HBO, New Zealand television producers refused to fund the show.

“They’d say, ‘Middle New Zealand won’t get it.’ Idiots! I’d go, ‘What are you talking about? I’m from middle New Zealand, and you’re not.’ I always have a working-class chip on my shoulder about those people” says Clement.

“Not being too clever is a concern in New Zealand TV. It does really annoy me.”

Clement’s new film What We Do in the Shadows is described by The Guardian as a “very funny vampire comedy” and has already topped the New Zealand box office.

The mocumentary film stars Clement and Taika Waititi, who both produced, directed, wrote and starred in the film.

“It begins with vampires Viago (Waititi) and Vladislav (Clement) upbraiding their flatmate Deacon (Jonny Brugh) for slovenliness around their shared home.

“Clement explains that memories of the Conchords’ nearby flat at 41 Hawker Street provided the inspiration.

“There was a period there where I was the tidiest person and, if you knew me, that would really speak to you of the level of how bad it was,” Clement says. “There were just bottles and pills strewn all over the floor.

“Bret wanted to dig this grave because this play was called Dirt, about a guy who ran a funeral home from his own house. We tried to dig a grave and it just had all this rubbish – the landlord hadn’t got rid of it; he’d just covered it up.”

Clement was raised modestly by his Māori mother and grandmother, and is a direct descendant of the Wairarapa chief Iraia Te Whaiti, who started his own printing press and school when “there were restrictions on Māori people being businesspeople at all”.

Following whanau tradition, Clement named his son after him. “Everyone in my family for generations has had at least one Maori name; can’t break it now,” says the actor, whose own middle names Atea and Mahana mean universe and heat.

There was only one mention of his heritage in Conchords, an episode in which New Zealand’s incompetent prime minister came to New York. “I do love talking about race [now] I have a son. As a pale-skinned Maori person, I felt like a spy as a kid.”

Cliff Curtis, New Zealand’s other leading Maori actor in Hollywood, says 40-year-old Clement is a genius: “Jemaine’s hilarious, the king of the understated. He just look sideways and for some reason it’s funny.” But Clement himself names Rhys Darby, aka the Conchords’ manager, Murray, who plays a werewolf in Shadows, as the funniest man he has ever worked with – even if he does appear in “too many ads”.

Clement appreciates the Australian sense of humour, recalling the good-natured responses to jibes in the Flight of the Conchords episodes, Drive By and Unnatural Love. “They have such a great attitude to being made fun of.”

Are the Conchords, dormant at the moment, waiting to erupt again?

“We talk about a movie every so often,” says Clement. “Sometimes it feels like we lost a lot of impetus over the last couple of years. But Bret, James [Bobin, lead director] and me, we all want to do a musical. It would be good to do something all together … I miss playing Flight of the Conchords gigs.”

HBO have commissioned a new, four-episode comedy show, he reveals. “It was supposed to be this year but then we decided to put What We Do in the Shadows out ourselves.”

Tags: Cliff Curtis  Flight of the Conchords  Guardian (The)  HBO  Iraia Te Whaiti  Jemaine Clement  Taika Waititi  What We Do in the Shadows