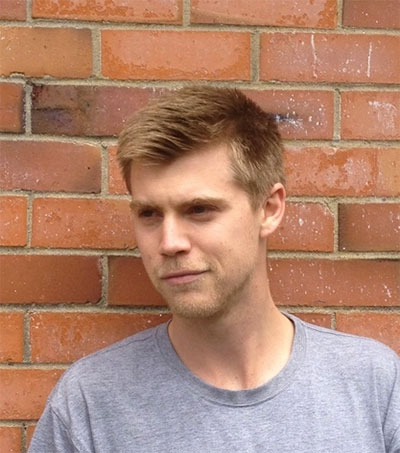 For a couple of days a week, Ben Sanders, 28, is a mild-mannered New Zealand engineer; the rest of the time he’s dreaming crimes and mayhem on the mean streets of the United States. His sixth novel, The Stakes, has just been published.

There are only a couple of moments in The Stakes, set breathlessly in Los Angeles and New York, that give you a clue that he is not what he appears to be.

Early on, Sanders’ main character, Miles Keller, a detective in hot water for having shot dead a hitman in uncertain circumstances, halts his audio book before he robs a bent lawyer of $200,000. The book he is listening to is Eleanor Catton’s Booker Prize-winning novel, The Luminaries.

Along with a reference to New Zealand’s foreign trust industry in relation to laundering the proceeds of crime, that’s all that tells you that rather than being written by someone holed up in New York or Los Angeles with an intimate knowledge of the US demi-monde, its author is actually a young New Zealander who lives in Auckland.

“She’s obviously a brilliant New Zealand writer and I thought it was a funny way to tip my hat to her,” Sanders told the Sydney Morning Herald.

Sanders wrote three novels set in New Zealand, inspired by Ian Rankin and Michael Connelly. But it’s a small market and he wanted more readers. He submitted his books to an American publishing company but it wasn’t confident of his commercial appeal and suggested he set a book in the US. The publisher was right.

“US settings have been way more appealing,” he said. “I’ve gone from someone who sells 1200-2000 books to suddenly moving sufficient volumes of paper that I can make it my job. I’m not in any hurry to change that, but I am a New Zealand writer and I want to be a voice in New Zealand so ultimately I would like to come back to my roots.”

Now he has reached the point where his hobby is his career, even if his week has a funny balance. “On Monday and Tuesday, I’m a structural engineer, and Wednesday to Friday I’m a mystery writer,” he said. “It’s a case of each being the other’s antidote.”