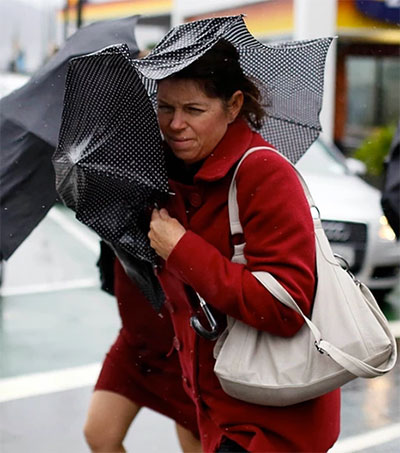 The wind speed in this breeziest of cities Wellington once hit 247kmph at Hawkins Hill in 1962, but it’s not as bad as it sounds – 62 turbines generate the city’s electricity, while air pollution is non-existent as any fumes are whipped away.

On the harbour front in Wellington stands the figure of a man. Naked, eyes closed, he leans forward into a never-ending gale, a look of abandonment – perhaps joyful – moulded onto his cast-iron face.

“Wellington and its elements provided me with a degree of solace in a time of unrest,” says Max Patte, the sculptor behind the self-portrait. “A transitional period of my life following a move from my home in London.”

While it may be metaphorical, the sculpture also captures Patte relenting to the constant breezes of his adopted home. The capital of New Zealand is, by reputation, the windiest city on earth and it can make every day something of a trial.

“I would never say I have learned to ‘love’ Wellington’s most famed element and, at times – most times – I find it to be exhausting,” says Patte. “However, you know you’re home when there’s a southerly blowing.”

Wellington sits on the Cook Strait, a passage between New Zealand’s north and south islands. The winds of the Roaring Forties, which spin uninterrupted from South America thousands of miles to the west, are funnelled into this 22km-wide gap, creating a “river of wind” that rocks the boats in the harbour day and night at an average of 26.7kmph.

“There’s no place in the world quite like it,” Patte adds noncommittally.

But acting mayor Justin Lester waxes effusive over the benefits of Wellington’s windy record. Sailors, windsurfers and kite-surfers come from afar to ride the vortex. Air pollution is non-existent as any fumes are whipped away and wind power is harnessed for electricity.

“Perhaps the best thing of all, it breeds a bunch of sturdy, resilient Wellingtonians who aren’t fazed by a little bit of wind.”