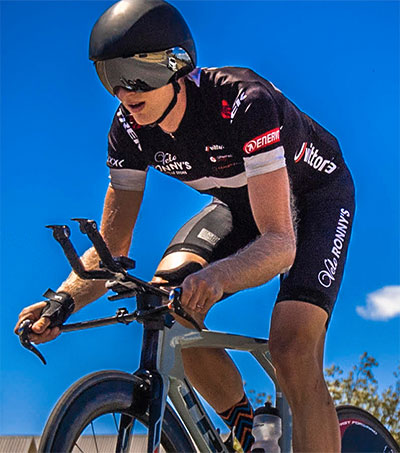 Multiple Olympic medallist Dunedin-born Hamish Bond, 31, is moving to the UK to compete in the domestic time trial scene as he attempts to make the transfer from rowing to bike racing ahead of the 2020 Tokyo Olympics.

Rather than rest on his laurels, the New Zealander who has become the most successful oarsman in history is now seeking a fresh challenge.

Ahead of his arrival Dr Xavier Disley of AeroCoach approached the rider with an offer of coaching and a supported spot on the company’s team.

An expert on aerodynamics, physiology and biomechanics Disley will be hoping to use his expertise to add some finesse, and cycling specific insight, to Bond’s already well proven raw power.

“It’s an individual effort, so compared to road or track racing his skills should be directly transferable. He’s got a great physiological heritage and proven ability.”

When Cyclist recently caught up with Bond he appeared well aware of the enormity of the challenge he has set for himself.

“Compared to rowing, internationally there’s more depth in a sport like cycling. I mean you only have to look at the number of competitors and in terms of competing at the Olympics there’s a lot of spots for rowers and a lot of medals to win,” Bond said.