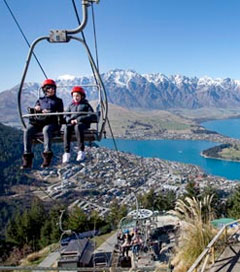 Scientists says New Zealand has had its warmest winter since record-keeping began in 1909. The average nationwide temperature was 9.5C for June, July and August, about 1.2C above average, the National Institute of Water and Atmospheric Research (NIWA) said.

This year’s unusually balmy winter was fuelled by a pattern of warmer winds from the north coupled with fewer of the southerly winds that typically bring cold air from Antarctica, NIWA climate scientist Brett Mullan said. Mullan believes that while global weather remain variable, it is warming.

Annah Dowsett, a spokeswoman for the Whakapapa and Turoa ski fields on Mount Ruapehu, said dumps of snow early in the ski season followed by weeks of pleasant weather provided the perfect conditions.