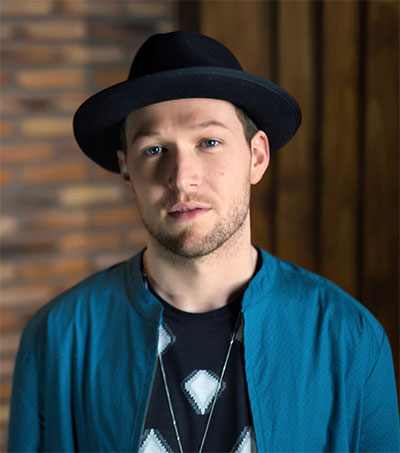 Wellington-based musician Thomas Oliver, 31, talks to Australian independent online music publication, The AU Review about the inspirations behind his new self-produced album Floating in the Darkness and his upcoming local tour followed by dates in Europe.

“Dave Matthews would have to be my favourite songwriter in the world,” Oliver tells the Review. “Nobody writes like him. And Ben Harper is the reason I play Weissenborn. That influence will probably always shine through in my music. Other artists who had a considerable influence on this album would be Aretha Franklin, Bon Iver and James Blake.”

In Australia, audiences can expect a “disproportionate helping of falsetto singing”, Oliver says.

“[And a] Weissenborn lap slide guitar, acoustic guitar, a loop pedal, a sampler, a drum machine, and a whole lot of songs about love, loss and longing.”

“After the New Zealand and Australian tours, I head over to the States to do some writing and recording, and then the European leg of the tour starts after that. Most of my year is already planned out, so my plan is to be where I need to be when I need to be there, and write as much music as I can in the times between.”

Oliver plays in Adelaide on 7 June at the Grace Emily and on 9 June at The Milk Factory in Brisbane.

Original article by Jennifer Quinlin, The AU Review, May 2, 2017.