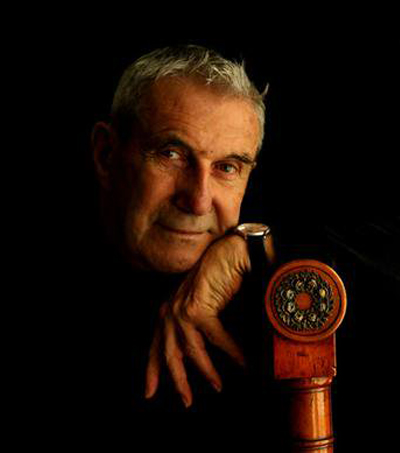 “One of Australia’s most well-known music and entertainment promoters, Harry M Miller, has died, aged 84,” writes Sam Buckingham-Jones in an article for The Australian. “By his side were his long-term partner Simmone Logue, daughters Justine, Brook and Lauren and their mother Wendy.”

Harry Miller, who was born on January 6, 1934 in New Zealand, spent 50 years in show business. His family describes him as “visionary agent and theatrical producer.”

“He had an often turbulent career as a self-described ‘super agent’ who boosted the careers of people like Alan Jones, Deborah Hutton and Maggie Tabberer,” writes Buckingham-Jones.

Miller “is credited with changing the face of Australian entertainment.” He brought rock opera and musical Hair to Australian shores in 1969 and went on to produce Jesus Christ Superstar (1972) and The Rocky Horror Picture Show (1974).

“In 1978, Miller started a ticketing company called Computicket, which went into receivership within six months.” “On April 30, 1982, Miller was found guilty of fraud and served 10 months at Long Bay and Cessnock Correctional Centres,” as reported in the article.

“I cried every day of those 10 horrific months. I can still recall, and not without a shiver, the sound of the cell door shutting behind me for the first time,” Miller wrote in his memoir, Harry M Miller: Confessions off a Not-So-Secret-Agent.

“The NSW Labor government had me in its sights,” he wrote. “I had a profile that was aligned to the conservative side of politics… there was no doubt in my mind that in being sent to jail rather than being allowed to work off Computicket’s bad debts, I was the victim of a political witch-hunt.”

After his time in prison, “Miller took a break from theatre and, with his former wife Wendy, created the Dunmore Stud at Manilla, near Tamworth, in NSW.”

“He held a series of prominent roles in major companies and organisations, including as a director of Qantas Airways Ltd, chairman of the Art Gallery Society of New South Wales, and a board member of the Australian Meat and Livestock Corporation.”

In 2011 he “was diagnosed with dementia”, “two years after retiring and four years after handing the reins of his publicity firm HMMG to his daughter Lauren.”