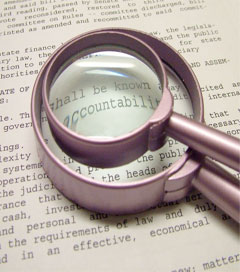 Very Clean At The Helm

New Zealand is the least corrupt country on earth, says Germany-based Transparency International. Overall, the top spots are occupied mostly by European countries, with the exception of New Zealand, Singapore at No 5 and Australia, which is tied for eighth with Switzerland. The report says it drew its conclusions based “on different assessments and business opinion surveys carried out by independent and reputable institutions.” The index uses a scale of 0-10 to measure perceived corruption, with zero representing highly corrupt and 10 being very clean. New Zealand, the highest-ranked nation, has a 9.5 score. Somalia and North Korea, the lowest-ranked, have 1.0.