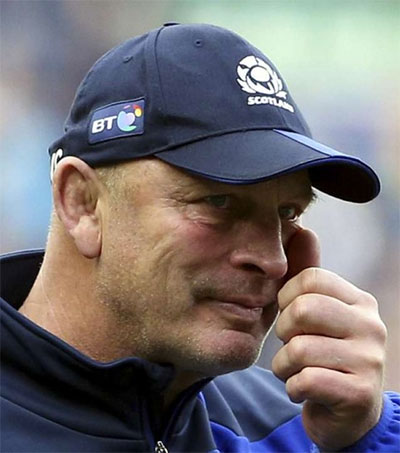 An emotional Vern Cotter fought back tears as his final match in charge of Scotland ended in a 29-0 win over Italy at Murrayfield. New Zealander Cotter received a huge ovation from the crowd as he took to the pitch after the game.

“I’d like to thank the players and everybody for the last three years, it’s been fantastic,” the head coach said in a quivering voice before embracing his players and staff.

The hosts finished an impressive RBS 6 Nations campaign with a bonus-point victory to give Cotter, 55, the perfect send-off in the last match of his three-year reign. Finn Russell, Matt Scott, Tim Visser and Tommy Seymour ensured Scotland bounced back from their thrashing by England last time out.

Scotland captain John Barclay paid tribute to Cotter, saying on BBC One: “He’s had a fantastic contribution to Scottish rugby, he’s built a fantastic culture in the team, he’s a great man.”

In June, Cotter becomes the head coach of Montpellier in France.