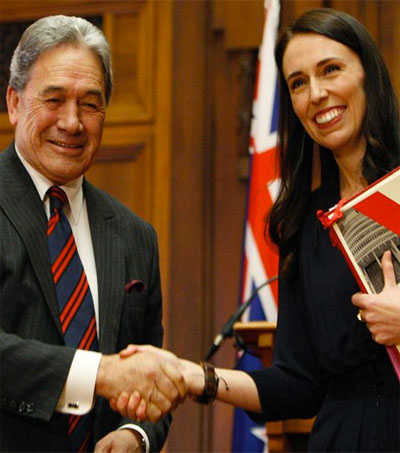 “As 2018 began New Zealand did not have an answer to its leading political question: would the coalition government between Jacinda Ardern’s Labour and Winston Peters’ New Zealand First, bracketed by support from the Greens, go the distance? As the year ends we have a positive answer to that query,” Ayson writes.

“The coalition, a marriage of convenience, is on course to serve a standard three-year term.

“This remarkable political experiment has not been without its problems. For example, business confidence has taken a hit. But while the new team has been unable to enjoy the very positive relationship with the private sector that was a hallmark of the John Key-Bill English era, economic growth has remained healthy. And while some of the spending priorities that seek to redistribute wealth and opportunity have come in for criticism, Finance Minister Grant Robertson has insisted on retaining a surplus. This means that some sectors, including teachers, have not been getting quite what they have been bargaining for.”