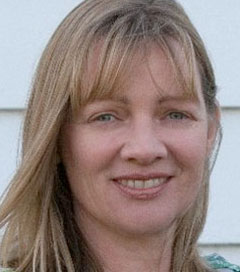 Hastings author Anna Mackenzie, 50, is the first New Zealander to be awarded the writer’s residency in Belgium by Passa Porta, International House of Literature, which is offered to writers worldwide. Mackenzie applied for the residency while in Belgium last year researching a war novel and has now secured a five-week stay in the Flemish countryside, about 30km from Brussels. The story, of three young New Zealanders during the war, had been on hold while she worked on a sequel to her recently published fantasy adventure Cattra’s Legacy. Her third novel, The Sea-wreck Stranger, won the Young Adult Fiction Honour Award at the 2008 New Zealand Post Book Awards. Mackenzie was inspired to write a historical novel after reading letters sent from the Western Front by her grandfather and his brother. She said she knew about the horrors of war from her research, but living in Belgium would help her put it into the physical setting. She could walk the cobbled streets, smell the bread coming out of the oven in the corner bakery and hear the trains pulling into the railway station. “All of those details are the things that go into making the background texture of the novel,” Mackenzie said. The greatest gift would be the uninterrupted writing time, she said. Even the prospect of cool October weather could not diminish her excitement. “It was wet, cold and miserable in the trenches, so if I’m wet, cold and miserable so be it.”