NZEDGE  >  News  >  Sport  >  Triumph from the Saddle at Burghley Trials 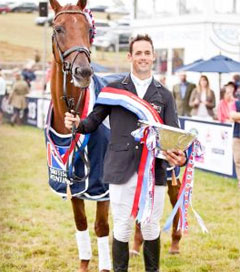 Triumph from the Saddle at Burghley Trials

The Classics rewards the most successful rider across world eventing’s six four-star competitions – Badminton, Kentucky, Luhmuhlen, Burghley, Pau and Adelaide – with Nicholson coming out on top this year by an emphatic margin.

Behind Paget and Nicholson in the Burghley top ten were two other New Zealand riders – sixth-placed Jonelle Richards, who is based at Mildenhall, and twice Olympic individual gold medallist Mark Todd, based at Badgerstown near Marlborough, in seventh.

Nicholson paid tribute to Paget and recalled the winner’s time in his yard back in 2009.

“I had to work him hard, but from the day he arrived I could see he had a lot of natural ability and that he wanted to learn,” said Nicholson. “The sad thing now is that he is beating me!”