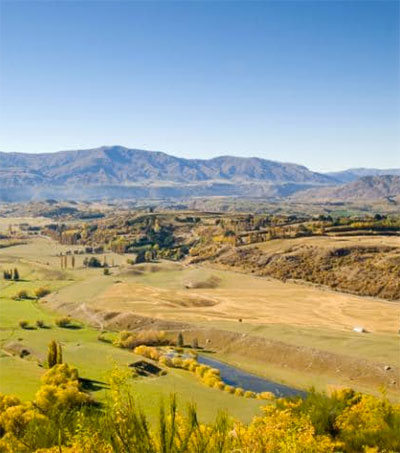 Find Your Fortune in Hills of Gold

“When the star-crossed prospectors featured in [Eleanor Catton’s] novel The Luminaries set out in search of gold on [the] West Coast, they took their lives in their hands,” Telegraph travel correspondent Lloyd Hook writes. “For my family and I, on a trip to revisit New Zealand’s long-forgotten goldfields, where our ancestors lived their lives and met their death, the journey would take two years.

“We had first attempted to reach Hokitika, the setting for Catton’s Man Booker Prize-winning gold rush-era novel, in 2012, only to be hit by one of the West Coast’s notorious ‘weather bombs’.

“But like a digger spurred on by his first sight of ‘the colour’, that alluring first glimpse of the South Island’s savage and isolated western shores called us to return, to rediscover the gold rush sites that were for one instant the centre of the world’s attention, literal ‘flashes in the pan’.

“At first glance today, Hokitika’s wide, sparsely populated streets are a far cry from the city’s heyday, when ‘tipsy diggers, new chums and ne’er-do-wells, bad men and pavement nymphs’ could take their liquor at any of 102 hotels and where gold dust was acceptable tender at the bars within.

“Eager to claim our share of any spoils the diggers might have missed, we hired a pan and headed to Goldsborough, 15km north of Hokitika and one of a smattering of sites in the South Island that have been set aside for public gold ‘fossicking’.

“Clambering over rocks through clear, ankle-deep water, we took tips from an elderly woman busily working downstream. Had she ever had any success? ‘About $15,000-worth … Enough to pay for that camper van back there.’

“Bannockburn lies at the heart of the Cromwell Basin, which now accounts for 70 per cent of Central Otago’s vineyards, and where small producers such as Felton Road, Terra Sancta and Mt Difficulty enjoy a burgeoning international reputation for their pinot noirs and rieslings.

“Growers here rejoice in the weather conditions that made the digger’s lot such a miserable one, as the scorching, dry heat of the day gives way to rapidly plunging temperatures at night. The large temperature variation during ripening contributes to the intensity of flavour and depth of colour of the local vintages.

“We drank to the memory of the diggers, those who struck gold and those in The Luminaries and my own family who found only an early grave, and toasted the very soil that continues today to give up its riches. For those who come to this remote part of the world to seek ‘the colour’, it is possible to raise a glass of pale-gold riesling or pinot gris and believe that you have truly found it.”