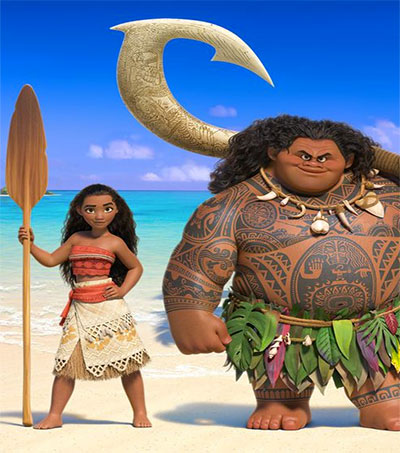 New Zealand writer and director Taika Waititi, who worked on the original English-language version of Moana, also approached Disney early on about translating the film, and his sister, Tweedie Waititi, went on to produce the translated version.

The film was screened free at 30 theatres around New Zealand at the end of the annual Maori Language Week. It did not have English subtitles, but screenings were fully booked within 30 minutes, leading to plans in at least one town for additional showings.

Many of those attending in Manukau, said they had never seen a film at the theatre entirely in their language before.

Most of the efforts to revitalise the Maori language that have worked so far, former head of New Zealand’s Maori Language Commission Haami Piripi said, have been initiated by protest or court action. But, Piripi said the film “Moana reo Maori” had given him hope there was another way: making the language “cool, relevant and useful” to young Maori.

“There’s no other film in the Maori language that would attract whanau and kids like that,” Piripi said.

The entire process, including translation, recording the voices and mixing the sound, happened over three months.

Katarina Edmonds, a senior lecturer in Maori education at the University of Auckland, and one of three people who translated the film, said the team worked not only to find the exact equivalents of words in the Disney script, but also to remain true to the Maori language and tikanga.

Rachel House, a New Zealand actor who voiced the character Gramma Tala in both the English and Maori versions of the film – and who was also the performance director of the Maori production – said she had been blown away by the response to the film, and the 30 theatres that screened it free.

“I’ve been on a very slow journey with the language for years, and now I feel like I can sit back and really enjoy the film, and experience the learning tool that it represents,” House said.