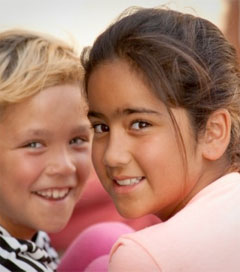 Over the past year, Gisborne’s Ngai Tamanuhiri has been participating in the National Geographic’s Genographic Project working closely with Oceania’s genographic principal investigator Lisa Matisoo-Smith who is helping the iwi learn more about their ancestral journey and what genetic branch Maori are on the human family tree.

During a recent visit to New Zealand, Matisoo-Smith returned genetic results and worked with a few additional members of the iwi to submit DNA samples to the Genographic Project.

Matisoo-Smith spoke with Ngai Tamanuhiri about how New Zealand plays an important role as one of the final stops in man’s journeying and exploration. Modern humans first evolved in Africa more than 150,000 year ago, but arrived in New Zealand for the first time just 800 years ago.

“We are very excited about the results, which suggest that the founding population may have been larger than we had originally expected,” she said.

Since its launch in 2005, National Geographic’s Genographic Project has used advanced DNA analysis and worked with indigenous communities to help answer fundamental questions about where humans originated and how we came to populate the Earth.