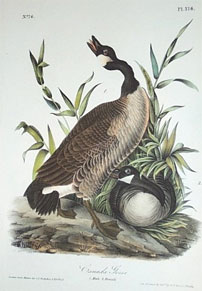 To Curb Or Not To Curb

New Zealand is among several regions in the world where geese are in the crosshairs, Renata D’Aliesio writes for The Globe and Mail. “As the population of Canada geese continues to increase, so does their risk to aviation safety and the damage they inflict to pasture and crops,” New Zealand Conservation Minister Kate Wilkinson said. “The current status where the geese populations are managed as a game bird is not working.” About 5 Canada geese were brought to New Zealand from North America in 195. At last count, the bird’s population stood around 32, in the South Island alone, prompting farmers to lobby the government to significantly curb the number of geese. Jay Graybill of Fish and Game New Zealand, a hunting organisation that had been managing the bird, doesn’t believe the South Island’s goose population is out of control. Eradication, he argued, isn’t needed, nor is it realistic. “I think it would be very difficult,” he said, referring to an eradication suggestion. “The birds are widespread, and they’re very cunning.”